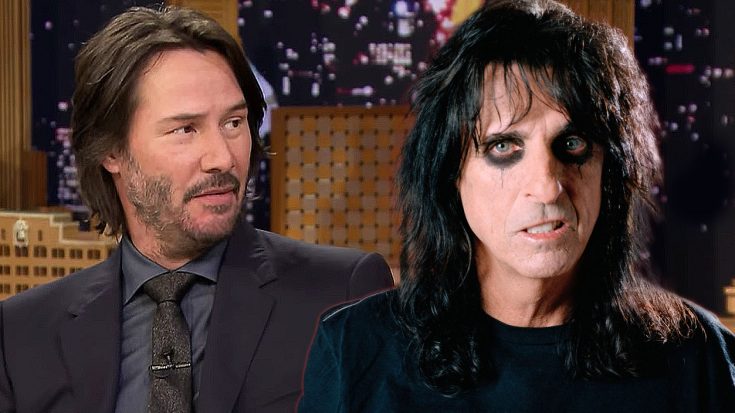 These Two Go WAY Back!

The legendary rock star known as Alice Cooper was at one point probably the most controversial and shocking man in all of music. During a time when music was all about peace and love, Alice Cooper kicked the doors down with his shockingly gory stage antics. There was virtually nothing he wouldn’t try to shock and amaze his audience. He was a madman, but a genius nonetheless. He was single-handily responsible for ushering in a new era of rock and roll and is well deserving of his rock and roll hall of fame induction.

The man is a legend no doubt. He is successful in just about anything he does and has become an icon. Speaking of icons, did you know that iconic actor Keanu Reeves has a shocking connection with the aforementioned Alice Cooper? It’s true! Here’s the proof!

What you’re about to watch is a video in which Keanu Reeves is a guest on Jimmy Fallon’s late night show. He opens up about many things, one of them being his shocking connection with Alice Cooper that you never knew about! See for yourself!