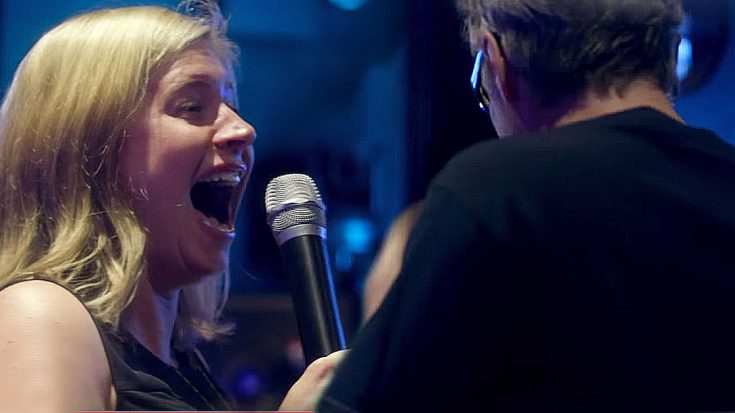 Celebrities have a hard time moving about the world the way we mere mortals do; constantly mobbed for autographs and desperately trying to be polite when the 500th fan of the day wants to chat for 30 minutes, it’s no wonder more celebrities don’t hide out in plain sight, cleverly disguised as, I don’t know…your neighborhood friendly bartender on karaoke night maybe?

Bon Jovi frontman Jon Bon Jovi did exactly that earlier this month when he went undercover at a karaoke lounge and played the part of a bartender – his slate gray hair covered in a brown wig and cowboy hat, eyes hidden by sunglasses and topping the whole thing off with a scraggly brown beard, pouring shots from his spot behind the bar in between confusing the hell out of bar patrons when he jumped into their “Wanted Dead Or Alive” singalongs and sounded exactly like Jon Bon Jovi.

The night went from zero to sixty as finally our hero quietly reveals himself by taking off his hat and sunglasses to the shock of everyone around him as they realize that the reason their creepy bartender sounds just like Jon Bon Jovi is because he actually IS Jon Bon Jovi! If you weren’t self conscious about singing karaoke before, you will be  – but who knows, maybe the guy or girl serving your Jack and Coke is really your musical crush or hero and you’ll get a duet or two out of your moment of bravery!