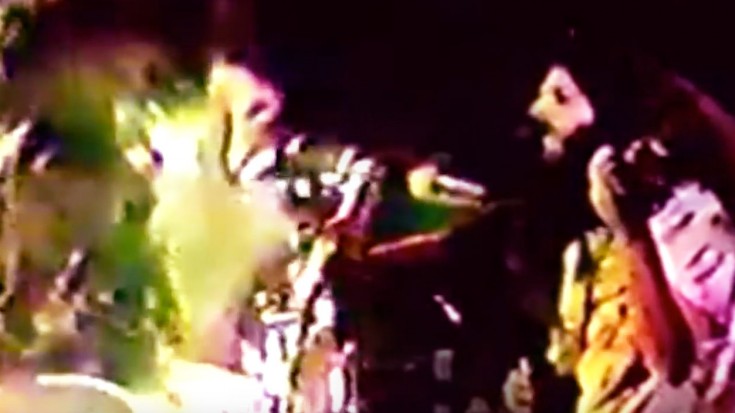 Featuring original Kansas members Kerry Livgren, Steve Walsh, Robby Steinhardt, Dave Hope, Rich Williams and Phil Ehart, this rare, remastered quality performance of “Point Of Know Return” will be the best thing you see all day. At the 1978 Canada Jam, the six are on fire with this rare, fast paced rendition of the iconic song.

Interesting Fact: “Point Of Know Return” was included in the album at the last moment, but became one of their most popular songs, still getting airplay on Classic Rock radio.

From the band’s fifth studio album Point Of Know Return released in ’77 , the ballad tells the story of a young man at sea that is warned by good family and friends that he may pass the point of no return, never to come back again. The deep and personal song displays chance, risk and vulnerability as the young man comes to the realization that he has cast himself the destiny of forever aloneness and solitude.

Granted the quality of the video is not the greatest (even though is has been remastered) but to just see the original 6 back in action will surely brighten your day. Enjoy!

I heard the men saying something
The captains tell they pay you well
And they say they need sailing men to
Show the way and leave today
Was it you that said, how long?
How long?

They say the sea turns so dark that
You know it’s time, you see the sign
They say the point demons guard is
An ocean grave for all the brave
Was it you that said, how long, how long
How long to the point of know return?