Justin Johnson Spins “Johnny B. Goode” Into A Soaring Celebration Of Chuck Berry’s Life And Legacy 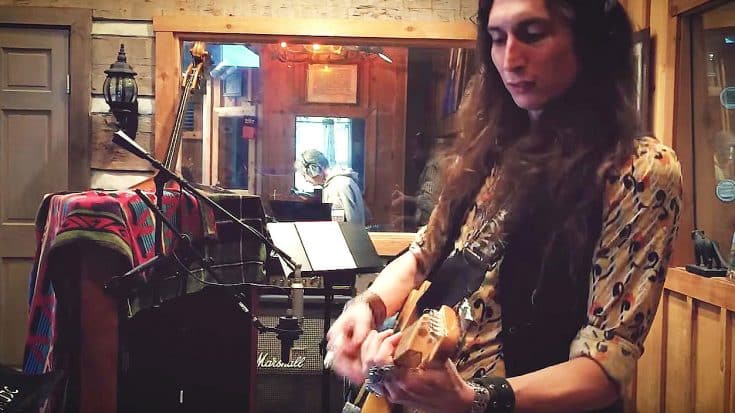 The Passing Of The Torch

On March 19th, the world awoke without Chuck Berry in it. Where countless musicians struggled to find the words to properly sum up Chuck’s legacy and the impact left behind by his rowdy, unapologetic approach to rock and roll music, Nashville based Roots Blues and Americana artist Justin Johnson knew exactly what to say – and how to say it.

A gorgeous labor of love that found Justin working with a veritable who’s who list of music royalty, “Johnny B. Goode” came to life weeks earlier within the walls of John Carter and Ana Cristina Cash’s famed Cash Cabin Studio and debuted in the hours following Chuck Berry’s death, marking not just a fitting sendoff for the man Justin and so many others called ‘The Father of Rock and Roll’ but the first glimpse into Justin’s highly anticipated new album Drivin’ It Down.

With 3-time Grammy Award winner Bill Miller (Arlo Guthrie, John Carter Cash) pulling out all the stops to deliver a vocal performance for the ages and engineer Chuck Turner, who also produced Drivin’ It Down, working in conjunction with Justin to reach deep into the past to bring something precious back to life, Justin Johnson’s cover of “Johnny B. Goode” does what so many others have struggled to do: captures the fearless, rowdy spirit that Chuck Berry brought to rock and roll music and seamlessly blends it with his own unquenchable passion for innovating music at every turn.

“‘Johnny B. Goode’ is one of those textbook examples – this is rock and roll.”

All Roads Lead To Chuck?

While the road to rock and roll is often paved with the stories of guitarists citing Chuck Berry as their main influence, Justin Johnson’s story doesn’t begin with the late legend; in fact, it was the rock giants of the sixties and seventies that first turned him onto the guitar, artists like Cream and Led Zeppelin and Jimi Hendrix (whose influence can be heard on Justin’s cover of “Johnny B. Goode”) giving way to an innate love for the blues that would ultimately lead him to the source of it all: Chuck.

“He’s one of those people whose reputation precedes them. You know Chuck Berry is just one of those guys you just gotta listen to when you pick up the guitar and so I got into it and I realized, ‘I already know this style, I already know a lot of these riffs from learning from the generation or two past him. What I didn’t know, though, was that these were Chuck Berry riffs, that he’d invented that style – I was hooked.”

A Legacy In One Word:

We know what the world at large is saying about Chuck and in just one word, Justin Johnson sums up his legacy beautifully: “Classic.” But what does a fiercely accomplished artist like Justin, who is already being hailed across the world for his innovation, exceptional technical skill and originality, hope to be celebrated for by future generations?

The answer is simple: “Honesty,” reveals Justin, and with his stellar ability to always tell the truth of his life, his art, and the world as he sees it through music meant to last a lifetime, we think he’s got himself the perfect recipe for a glowing legacy he can hang his hat on.