July 25, 1980: Tragedy Turns To Triumph As AC/DC Usher In A Brand New Era Of Rock And Roll With ‘Back In Black’ 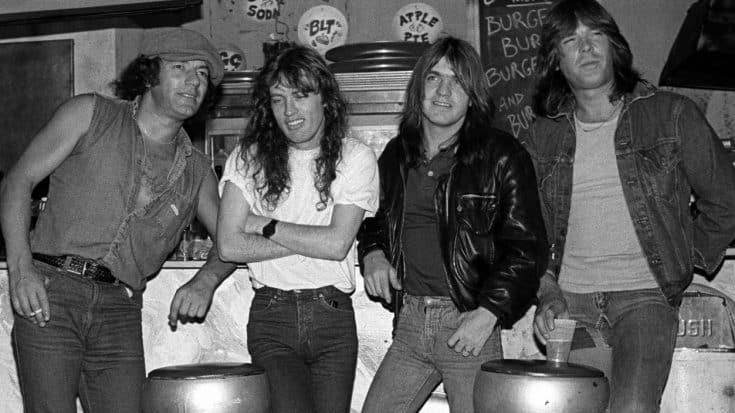 A Proper Send Off For Bon Scott!

When AC/DC frontman Bon Scott was found dead in 1980, there was a great deal of doubt as to who – if anyone – would be able to replace him. When Brian Johnson of Geordie was tapped to replace Bon, he was also tasked with the responsibility of writing a song that would celebrate Bon but also rock.

“Forget The Hearse, Cause I Never Die!”

The album Back In Black had a black cover with the band’s logo on it, a tribute to Bon Scott. Released five months after Bon’s passing, ‘Back In Black’ was a tribute to him and the lyrics, “Forget the hearse ’cause I never die” imply that he will live on forever through his music.

It’s been said that Bon Scott wasn’t the “AC” or the “DC” in AC/DC, but the little lightning bolt in the middle that separated the letters. ‘Back In Black’ hits you just like a jolt of lightning, a shock to the system to remind you that you’re still alive. It’s meant for driving too fast down open roads, late nights that turn into early mornings with great friends, and living life on your terms.

We don’t think Bon would have accepted any other tribute!