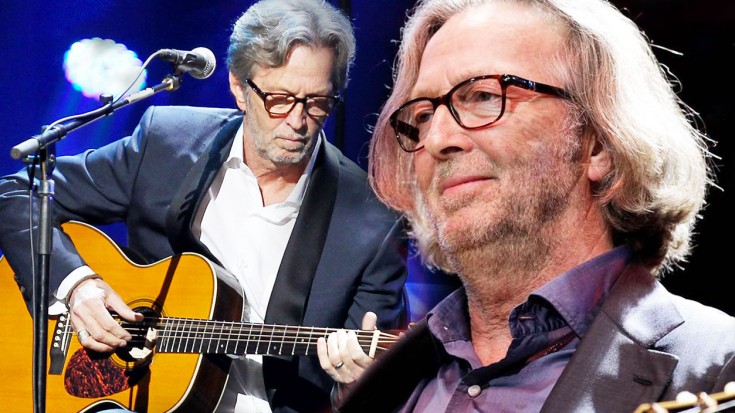 When I Look In My Father’s Eyes…

Featured on MTV Unplugged, ‘My Father’s Eyes’ tells the story of Eric Clapton as he crossed the threshold of a boy without a father to a father finally meeting his father in his son’s eyes. Eric, who never knew his father, struggled deeply as he navigated fatherhood by himself. It’s an intensely powerful song that’s both a love letter to his late son Conor and a tale of regret over never having had a relationship with his own father.

This is Clapton’s realization that we live on through our children, generation after generation. He “knew” his father (finally) when he looked in his son’s eyes, and realized they were his father’s eyes.

As intimate as this performance is, it’s easy to get the impression that it’s as much for Eric as it is for the father he never knew.

It’s like he’s hoping that he’s watching somewhere, and that he’s proud of the success Eric’s achieved and that he made it without him, even though he may have stumbled and fallen on the way.

Eric’s appearance on MTV Unplugged is one of the most honest of his entire career, and I don’t know about you but I’m pretty grateful that he let down his guard enough to let us really see who he is!

Sailing down behind the sun,
Waiting for my prince to come.
Praying for the healing rain
To restore my soul again.

Then the light begins to shine
And I hear those ancient lullabies.
And as I watch this seedling grow,
Feel my heart start to overflow.

Then the jagged edge appears
Through the distant clouds of tears.
I’m like a bridge that was washed away;
My foundations were made of clay.