Juliana Vieira Does It Again With This Face-Melting Performance 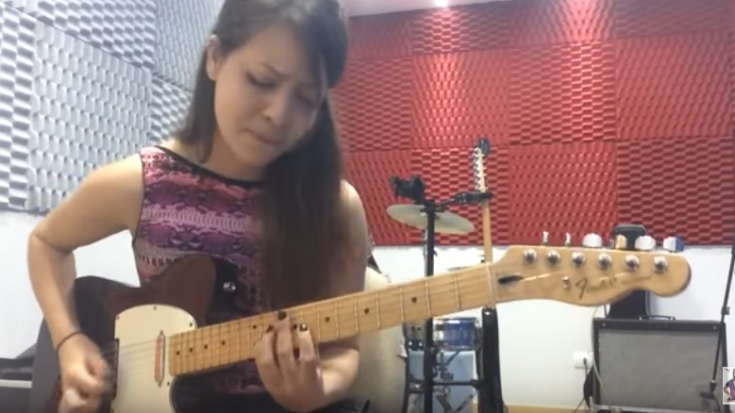 She Won’t Let You Down

Does anyone else want to set this track as their ringtone? Wow. Do you know what separates her from other female guitarists – that one thing that makes her stand out even when in the company of those who are technically impressive? It’s her passion. That’s why it’s so fun watching her play. She’s doing it because it’s what she loves. And that’s what makes her music different. There’s always something about soulful and passionate playing that will get to you. No matter how good guitar skills are if there’s no feeling, there’s nothing that would emanate from the song.

Juliana Vieira is like reaching out to you. You can tell she’s having a grand time. Maybe the only thing we don’t like about this is it’s too short. We would’ve been mighty fine it was around four minutes or more. Then again, we can always put this on repeat.