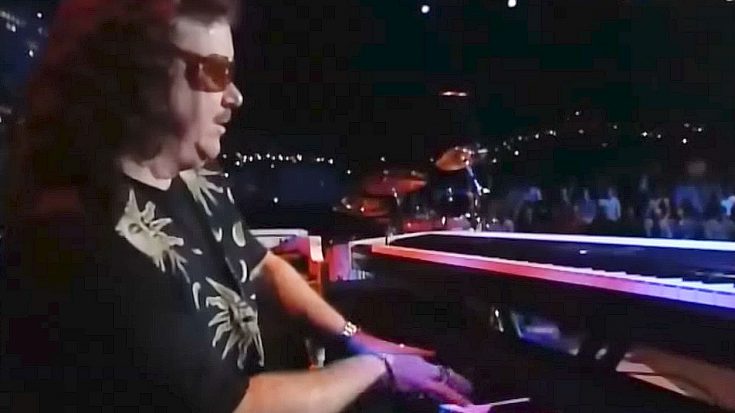 Lynyrd Skynyrd’s late pianist Billy Powell was as integral to the band’s sound as their patented three guitar attack. A critical piece of the band’s complex rhythm section, Powell’s years behind the keys are precious memories for those who knew him and the fans who loved him, his charisma and natural gift never failing to shine through. When Lynyrd Skynyrd made their first appearance on Austin City Limits in 1999, they dazzled with their greatest hits and reaffirmed their status as Southern rock’s favorite sons; but there’s one moment during the band’s 10 song set that left fans gobsmacked and while it wasn’t very long – just under two minutes, in fact – it left a mark on fans, who still talk about it 18 years later.

The band ended with an explosive rendition of “Sweet Home Alabama” and disappeared from the stage; Billy Powell walked out alone a short time later and sat down behind his piano and instead of jumping into a Lynyrd Skynyrd song began to play a gorgeous, sprawling improvised piece that beautifully showcased the kind of talent that his childhood music teacher predicted would lead him to amazing places – the kind you’re simply born with and can’t even really explain.

It’s absolutely silent as Billy plays away for nearly two minutes until the final note rings out, giving way for a standing ovation before he’s joined by his bandmates for an absolutely stunning performance of “Free Bird,” the perfect lead in. Fitting, given that it was that kind of playing over “Free Bird” that caught Ronnie Van Zant’s attention in the first place!