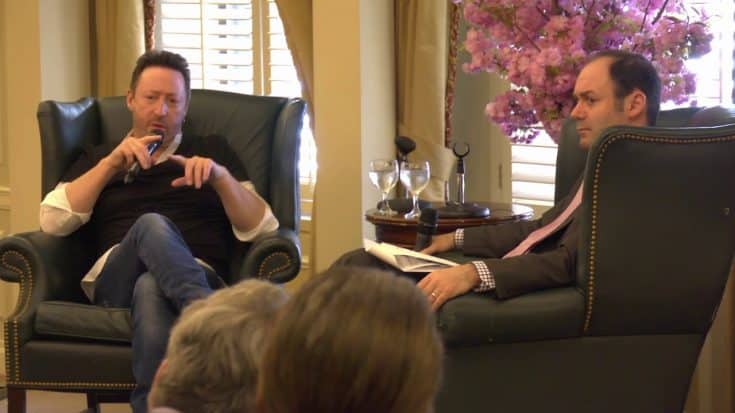 Julian Lennon is the son of John Lennon and his first wife, Cynthia. He was the inspiration for three Beatles classic hits – “Lucy in the Sky with Diamonds” (1967), “Hey Jude” (1968), and “Good Night” (1968). He’s a singer-songwriter, author, filmmaker, photographer, and philanthropist.

He was just a teenager when his father was murdered by Mark David Chapman on December 8, 1980 in front of his apartment building in Manhattan. Over the years, Julian has sat down for several interviews talking about John, their relationship, and John’s death. It’s no secret that they didn’t have the best father-son relationship.

In the video below, he further detailed the moment he learned of the tragic news that his father was dead.

“I just knew it in my heart,” he continued, “and my stepfather wouldn’t tell me.”

Watch the rest of his interview below.