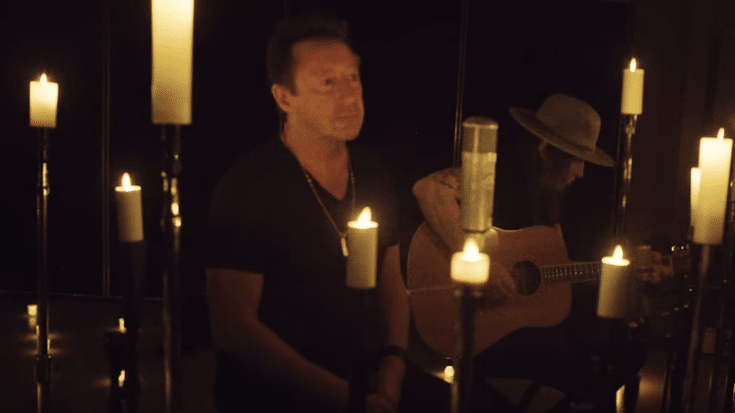 Julian Lennon revealed that his recent performance of his father’s classic “Imagine” for the first time in public was “dreading.” The singer-songwriter sang the song as part of the Global Citizen’s current social media fundraising campaign Stand Up for Ukraine.

In a new episode of Elton John’s Rocket Hour radio show, Lennon shared about the experience of covering the song. He explained:

“Let me tell you … since I’ve been in the business, I’ve kind of been dreading the day. Because I’d always said that I would only actually sing it if it felt like it was the end of the world, in many respects.”

The fundraising campaign raised billions of dollars in financial relief for Ukraine during the ongoing war with Russia. Lennon added:

“After watching what’s been going on over the past couple of years, and especially recently with Russia and Ukraine, the people of Global Citizen said, ‘Got anything up your sleeve?’

“And I’ve been watching the horrors on TV, as we all have. I just felt this is it. And once I’d said yes, if you thought I had anxiety before, once I’d said, yes, I went, ‘Oh, my God, how am I going to do this, that honors it, and is different and is my own take, but still respects it in every way, shape or form?'”

Lennon was accompanied by guitarist Nuno Bettencourt during the performance. He continued:

“For me, the only way I could do that was, take it away from the piano, the plunky piano, and do it as raw, as unproduced as possible and as heartfelt as possible.”

The singer also shared that he is planning to release his rendition as a charity single that will raise money for refugees in Ukraine “and around the world.” Lennon is currently preparing for the release of his upcoming seventh studio album, Jude. Watch his incredible performance of “Imagine” below.