Judas Priest’s Rob Halford Makes Announcement That Will Leave A Smile On Every Fan’s Face! 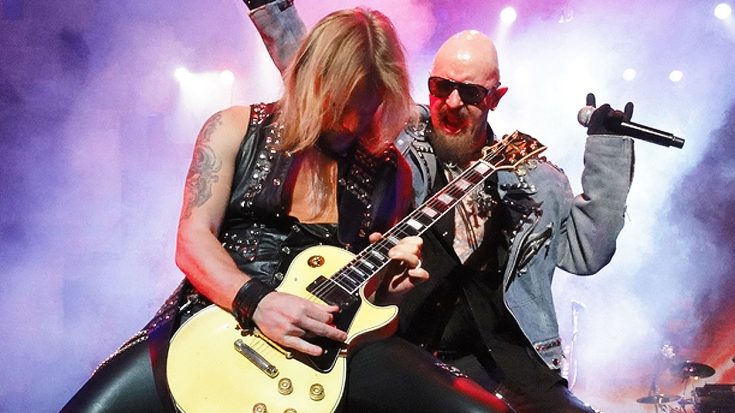 I can’t wait for this!

Rock and roll legends and metal gods Judas Priest have some major news for fans! Lead singer Rob Halford opened up in an interview recently, and teased some very exciting things for fans to start preparing for in the very near future regarding the band!

Halford announced that the band is currently working on a brand new album! They are in the early stages of recording, and have been in and out of the studio, periodically recording stuff. Halford opened up about the writing process, and how much the band have changed now that they are well-seasoned veterans in the music industry.

“This one that we’re working on now, it’s coming together pretty quickly, but it’ll be a long way off until the final crescendo, just because we’re so fanatical. When you’ve left this incredible treasure trail behind you, we’re always… We’re always looking backwards, but we know we have a sense of trying to get to that next place, whatever that place might be. So it is increasingly challenging. We don’t just a bang a song together. It’s very deliberately kind of thought out without killing the soul and spirit. When you get spontaneous, that’s a great feeling. If you can capture that spontaneity, that can be within the song, but what goes around that song can take a while to accomplish at this point, hundreds of songs later. But it works, and it’s a joy making this PRIEST record right now.“- Halford sated.

We’ll be anxiously awaiting this new Priest record! It will be their first one since 2014, so 3 years is a good amount of time to let their stuff marinate and come to fruition.