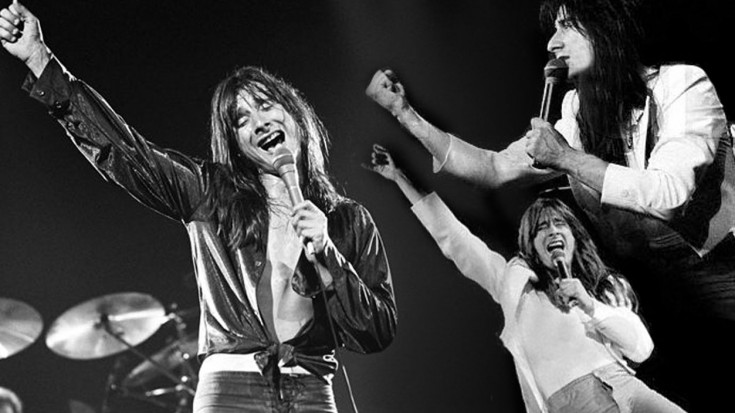 Written by band members Steve Perry and Jonathan Cain, this song is about a couple who drifted apart but found each other again and realized how much they love each other.

With the melody already written for Jonathan Cain’s former band The Baby’s, this song was always destined to be sung by Perry. The Baby’s vocalist, John Waite reportedly shunned the music– referring to it as “too syrupy“. When the melody was finally brought to Perry on a portable wurlitzer keyboard– Perry instantly wanted to record the song.

We are SO overjoyed they did!

“Open Arms” was released as a single from their 1981 album, Escape. The third single from Escape not only went on to become the band’s highest charting single and sent album sales into orbit, but pioneered the entire concept of the power ballad. “Now everybody’s got to have one,” said Perry.

I can’t get over the vocals on this live performances- and after first listen, I’m sure you’ll have to give it a go one more time.

Journey’s “Open Arms” has been described as “one of the greatest love songs ever written“; with VH1 naming the song as the greatest power ballad of all time. Wow!