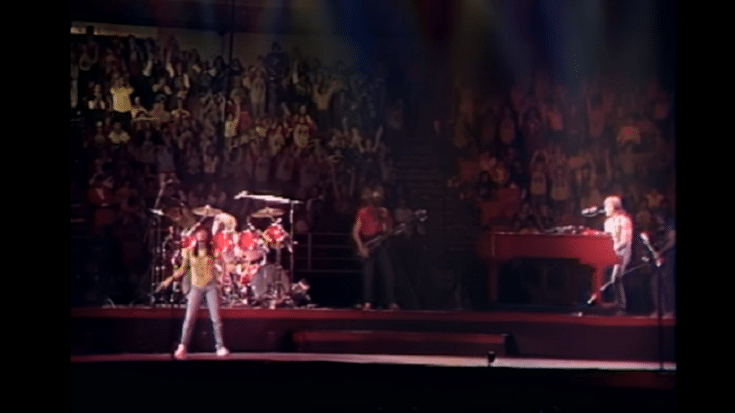 Journey members Jonathan Cain, Steve Perry and Neal Schon are among the nominees for next year’s Songwriters Hall of Fame. The 51st Annual Induction & Awards Gala will be held in New York City on June 11, 2020. Over two dozen artists have been nominated for writing some of the most influential songs of all time.

Journey’s nomination comes two years after the iconic rock group were inducted into the Rock and Roll Hall of Fame.

According to the Songwriters Hall of Fame website, “As members of Journey, keyboardist Jonathan Cain, lead singer Steve Perry and guitarist Neal Schon, each had a hand in writing some of the hugely successful arena rock band’s monster hits. These include the anthem “Don’t Stop Believin’” (all three shared songwriting credits), the much-covered (Mariah Carey, Barry Manilow, Boyz II Men, Celine Dion) power ballad “Open Arms” (Cain and Perry), “Who’s Crying Now” (Cain and Perry), and “Wheel in the Sky” (Schon)—also notable for its unusual structure (it opens with a 28-second instrumental). Such songs and Journey’s stature as a major concert draw led to its induction in 2017 into The Rock and Roll Hall of Fame.”

Eligible voting members have until the midnight of December 16, 2019 to vote three nominees from a songwriter and three from a performing songwriter category.