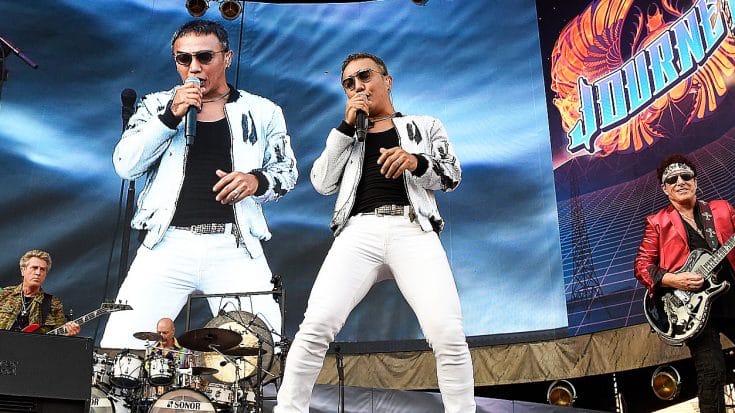 Steve Perry may no longer be with Journey, but the band is in good hand with Arnel Pineda as the band’s singer. And while some bands are torn on the whole Steve Perry vs. Arnel Pineda, Arnel actually has Steve’s blessing. He made that abundantly clear at the 2017 Rock & Roll Hall Of Fame Induction Ceremony.

All that being said, Arnel’s voice speaks for itself, literally. Not only does Arnel sound exactly like Steve Perry, but he captures the swagger and charisma that made Steve an iconic performer. He’s just the perfect fit, pure and simple.

With that said, Arnel regards Steve as his idol and greatest influence. What you’re about to watch is a video in which Arnel and Journey take to the stage and perform their hit song Lights, but in doing so they Arnel dedicates the song to Steve Perry. To put it simply, Arnel does this song justice and Steve Perry would be proud! Don’t believe me? See for yourself!