Journey And Asia Will Link Up For Insane Comeback Tour In 2017! 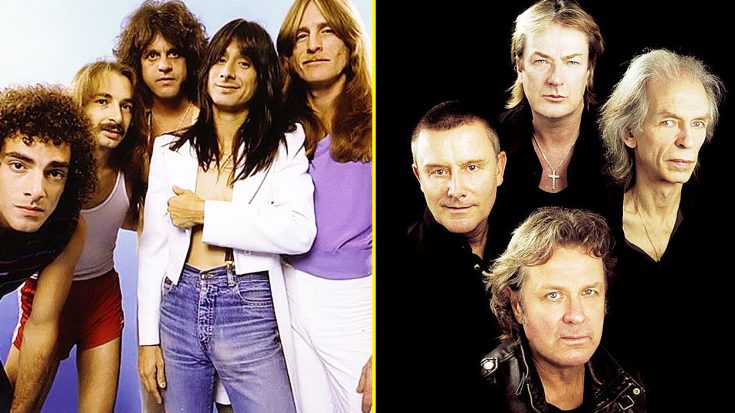 This is going to be incredible

Back in the 80’s, Journey and Asia ruled the music world. Between the two, they had so many hits, ruled the radio airwaves and both took over MTV! Now, the two will reunite once again for an epic comeback tour for the ages!

The two bands will embark on a 12-date tour across the middle and northern parts of the United States. the tour is set to begin in March, and will run until early April. There’s no word yet on if Journey’s original frontman Steve Perry will rejoin the band or make any appearances, and we’re not expecting any announcement to be made. But we won’t hold out all hope!

Prior to touring with Asia, Journey will be touring in Asia for nine dates. In addition, the band will have to take a few days during the show to attend the Rock N’ Roll Hall of Fame ceremony (we’re assuming). The band is currently dominating the fan vote, so barring a complete tank, they’ll have to make an appearance.

Check out all of the tour dates down below!