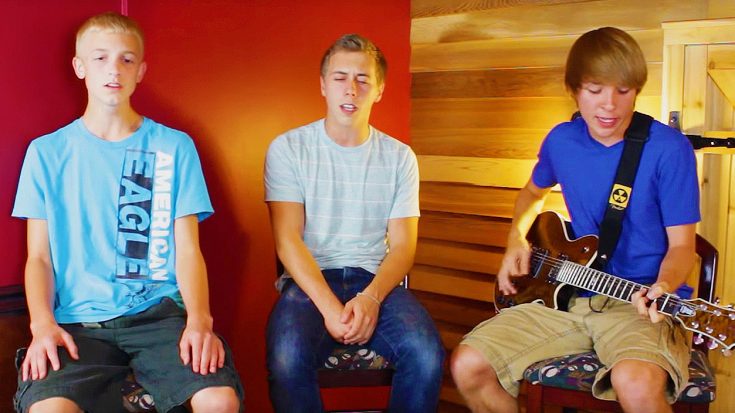 Everyone knows that Steve perry’s voice is arguably the greatest in rock n’ roll history. When ranking rock n’ roll voices, Steve would definitely sit second to only Freddie Mercury in my book. Therefore tackling a song sung by Steve is a bold move!

These three teenagers decided to take on the bold task, faced it with their heads held high and absolutley crushed it. They call themselves Susquehanna, and are a young aspiring rock band! They covered Journey’s “Faithfully,” specifically a version that is stripped down to strictly guitar and vocals. It’s pretty fantastic, and these three kids all have unbelievable voices! Sure, they may not be exactly Steve Perry, but they’re pretty solid for the version they decided to tackle!

Fun Fact: Journey’s first music video was for this song. At the time, finding a director for a video wasn’t easy, especially in America, so the band’s manager, Herbie Herbert, hired the guys from NFL Films to shoot footage of the band on the road and onstage. So the same guys who filmed Walter Payton scoring touchdowns also filmed Steve Perry shaving his mustache.

Check out the awesome cover down below!