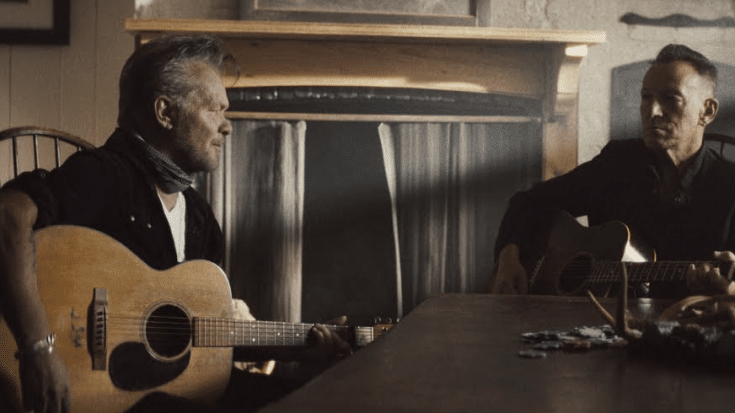 John Mellencamp has teamed up with Bruce Springsteen for a new song titled “Wasted Days” – a preview of Mellencamp’s upcoming album. It was written and produced by Mellencamp with Springsteen on vocals and guitar. This wasn’t their first collaboration as they previously joined forces on stage at New York’s Beacon Theatre in 2019, but it was their first work together in the studio.

Earlier this year at Clive Davis’ virtual 2021 Grammy gala, Mellencamp confirmed that he recruited Springsteen for his new album.

“Bruce is singing on the new record and is playing guitar,” Mellencamp revealed to Billboard at the time. “I finished the record a week ago today.”

“I worked on three songs on John’s album and I spent some time in Indiana with him,” The Boss said. “I love John a lot. He’s a great songwriter and I have become very close [with him] and had a lot of fun with him. I sang a little bit on his record.”

Meanwhile, Springsteen is set to release The Legendary 1979 No Nukes Concerts film. Back in August, Mellencamp also released “The Good Samaritan Tour 2000.”