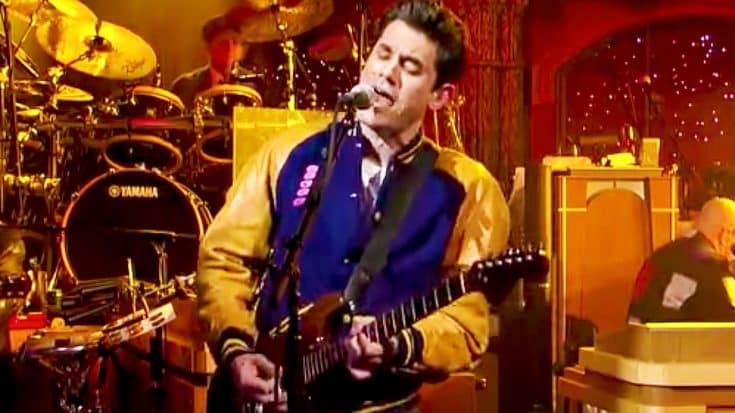 You’re not a true classic rock fan unless you can sing along to Don McLean’s “American Pie” in its entirety. The entire song clocks in at about eight and a half minutes, and has so many hidden references to significant people in history!

This song is always a challenge to perform, just because there’s so much to remember, and so many parts. But during David Letterman’s final season, he invited guitarist John Mayer on to the show, and asked him to cover this beast of a classic. After spending a few days practicing it, Mayer stepped on national TV and crushed this amazing cover! Letterman’s band accompanied him, and also did the song justice! There were a few small hiccups in the cover. The guitars came in a tad late at one part, and Mayer mixed a lyric or two up, but in the end, It worked out flawlessly!

Check out Mayer’s performance down below, and let us know what you think!