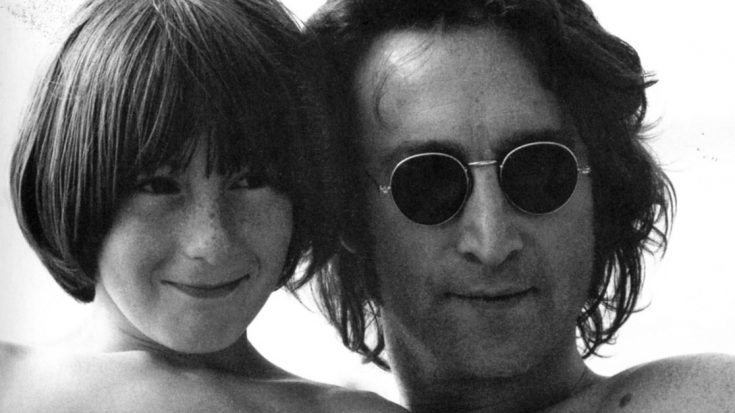 “Got A Good Reason…”

At 53, Julian Lennon’s got the unique and sometimes unfortunate distinction of being known as the eldest son of late rock legend and former Beatle John Lennon. With a relationship that was tumultuous at best and includes being abandoned by his dad at the age of 5, Julian’s done his level best over the last 36 years to maintain an identity apart from that of his father – but as you’re about to see, sometimes John Lennon’s legacy crosses paths with that of Julian’s in the form of a powerhouse performance that proves that looks aren’t the only thing these two share! An accomplished musician in his own right, Julian once paid tribute to his father’s legacy as a member of one of the greatest bands to walk the earth with a rockin’ take on The Beatles’ 1965 classic “Day Tripper,” ripping and running around the stage in a Union Jack flag shirt and wild hair before a crowd of screaming fans, mimicking scenes from two decades prior.

The Lennon talent runs deep within Julian’s veins: not only is he an accomplished musician in his own right, but he’s an extraordinarily talented photographer, even photographing his younger brother Sean’s 2010 tour.

While Julian sadly never spent much time with his dad, watching him perform “Day Tripper” proves that some things aren’t taught; much like the legacy he inherited as John’s son, Julian’s gift for entertaining was also inherited in the form of an absolutely spectacular love and appreciation for rock and roll music. Regardless of how the two may have felt about each other, we’re positive that wherever John is, he saw this performance and was fiercely proud of the man he never got to know!