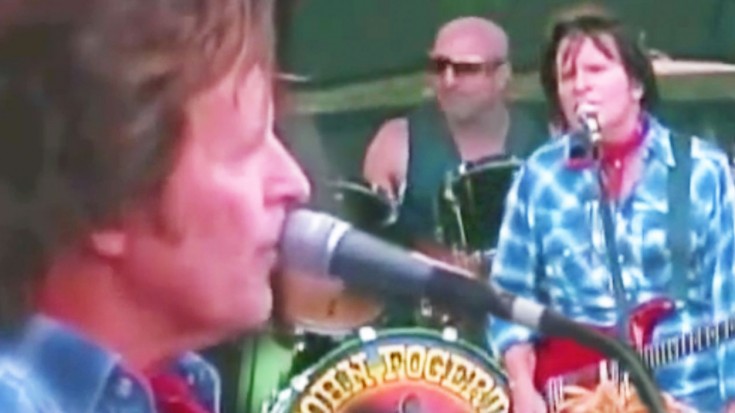 Still Lookin’ Out That Back Door

Performing CCR hit from back in the day, John Fogerty delivers an awesome live rendition of “Lookin’ Out My Back Door” at the Austin City Limits Music Festival in 2008. Proving no time at all has passed, John sounds better than ever, especially mixed with the beautiful tones of the violin in this performance.

Interesting Fact: The album cover shows Creedence Clearwater Revival’s rehearsal space, which is not their original digs: they started rehearsing in a shed in the backyard of their drummer Doug Clifford’s house.

Written by Fogerty specifically for his son Josh, “Lookin’ Out My Back Door” also holds sentimental relation to Dr. Seuss’s To Think That I Saw It On Mulberry Street. From the band’s fifth album, Cosmo’s Factory, that was certified both gold and platinum, “Looking’ Out My Back Door” reached #2 on the Billboard Hot 100.

Rockin’ his usual flannel and scarf, John hasn’t changed a beat with the same energy, talent and strong stage presence he always possessed. We love you John, keep doing’ your thing!