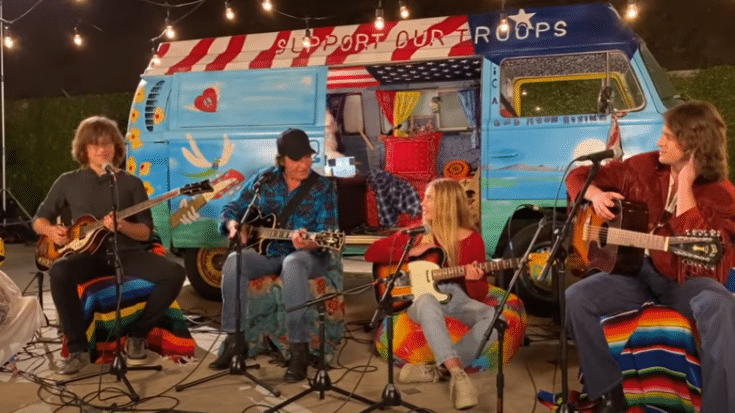 John Fogerty has announced an upcoming new family album titled “Fogerty’s Factory” referencing CCR’s 1970 LP “Cosmo’s Factory” for its 50th anniversary. Since the start of the lockdown due to the coronavirus pandemic, he’s kept himself busy and also entertained fans at the same time by forming a band consisting of his family members – sons Shane and Tyler and daughter Kelsy. It began as an impromptu jamming session at their home in Southern California but has since developed into a series of at-home performances which Fogerty streamed on YouTube.

And now, he’s slated to release those tracks on November 20. Surprisingly, Fogerty revealed that it wasn’t his idea to post their covers on social media. It was from his wife and manager Julie Fogerty. It was also her idea to name them Fogerty’s Factory.

He told Rolling Stone, “I thought it would be great having the kids play with me. But it wasn’t until the third or fourth time that I realized we had a little family band here, like the Partridge Family or something. We couldn’t help making jokes about when the manager guy would show up. It’s kind of corny, but we were having a great time, and that was the whole point.”

And how was it having his kids as his new bandmates?

He shared, “I didn’t castigate my kids. I talked to them like they were professionals. But it’s not supposed to be perfect; people aren’t expecting it to be your next single. We don’t have a drummer, but Shane has developed a bass style that’s somewhat percussive and Kelsy played some snare drum. The spirit of the thing was to be fun. It’s supposed to sound like a jam.”