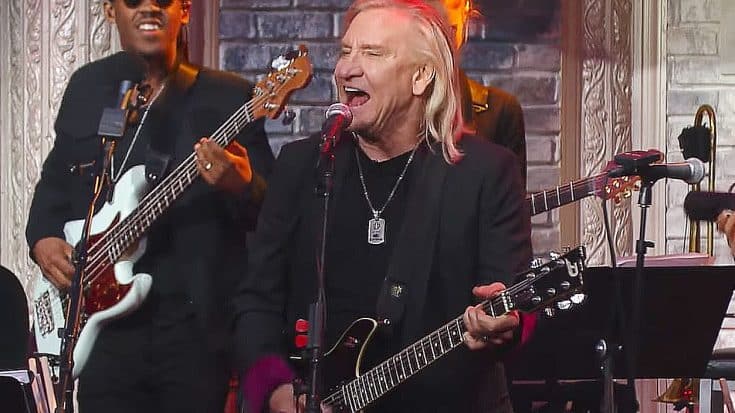 Life Sure Is Good When You Get To See Joe Walsh Play!

Joe Walsh is certainly no stranger to the amazing late night TV performances as we saw from The Late Show with Stephen Colbert. In case you missed it, Joe Walsh was featured on the show not only for an interview, but also for an amazing live performance.

It was that night that Joe Walsh treated the audience to a riveting live performance of the iconic smash hit Life’s Been Good. He performed this with Jon Batiste & Stay Human and as you’d expect with anything from Joe Walsh, he tore the damn house down.

Are we really surprised by just how awesome Joe Walsh is on and off the stage? The man is a class act on the guitar, on the microphone, and in person. As you’ll see here, Joe Walsh has not lost it one bit. Watch his amazing performance of Life’s Been Good and tell me I’m wrong!