Joe Satriani’s Guitar Solo Is Definitely On Another Level 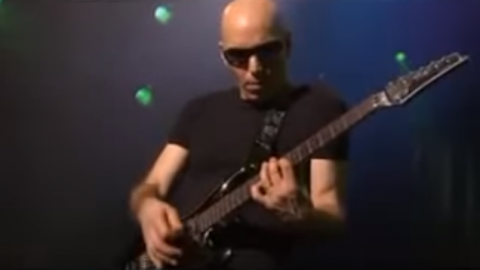 With 15 Grammy Award nominations and over 10 million albums sold, Joe Satriani is, without question, one of the most commercially successful instrumental rock guitarists of all time. Although his guitar solos are always over-the-top awesome, this one definitely takes the cake. It’s not everyday you get to hear rock music played with this level of power and emotion. He’s been the lead guitarist for Mick Jagger’s first solo tour and even joined Deep Purple in 1993 after Ritchie Blackmore left the band.

Quick warning though, this is 10 minutes and 22 seconds of pure heaven. It’s like getting to witness musical magic unfold right before your very eyes. That’s a very lucky audience. If it sounds incredibly good on record, imagine how they must have felt listening to it live. We’re basically hearing what Joe is feeling — that’s some serious stuff. It’s all about the soul. Out of this world? Probably. Perfection? Absolutely.