Joe Elliott Is Interested In A Def Leppard Biopic 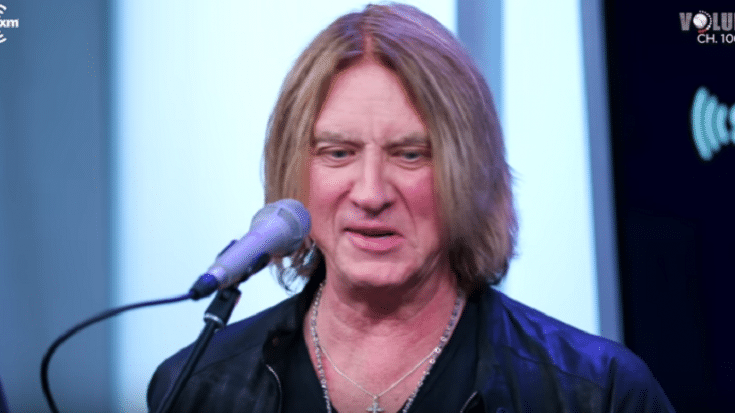 But He Won’t Fund It

Before Queen’s Bohemian Rhapsody, Elton John’s Rocketman, and Mötley Crüe’s The Dirt, Def Leppard had their own biopic in 2001. Hysteria – The Def Leppard Story  followed their humble beginnings, consequent rise to fame, and the struggles in between including Rick Allen’s car accident. Unfortunately for the band, it was a flop mostly because of several inaccuracies. Earlier this year, Joe Elliott called it “the biggest pile of shit ever made.”

But in a recent interview with SiriusXM’s “Trunk Nation”, Elliott revealed that he’s open to a new Def Leppard film. He said, “I wouldn’t say no to it. You’ve got to remember the one that was done for us was 20 years ago. It was such a non-event. .. It was low budget. It was an experiment on VH1’s part.”

He added, “We had barely any say in what they did… They were trying to rush the storyline so much that they had Phil [Collen] in the band for the ‘High ‘N’ Dry’ tour. And I said, ‘You can’t do that. You’ll be slaughtered by our fans. You have to change it.’ Other than that, it was shot in Canada, so everything was on the wrong side of the road. It was 20 years ago. It was an experiment that wasn’t really great. Things have moved a long way since then.”

He then cited the massive success of Bohemian Rhapsody which is almost at the billion-dollar mark and has received various nominations and awards.

Elliott continued, “If somebody comes to us one day and says that they wanna do it, we’re not gonna stop them. Because now there’s such a standard set that it would have to match those three movies [Bohemian Rhapsody, Rocketman, and the Dirt] that we mentioned. So it would be a much, much better version of what that story was. The story is gonna be the same.”

Still, he said they won’t fund it but if “somebody decided they wanted to do it, we would embrace it the same way we ended up embracing the [Rock And Roll] Hall Of Fame.”