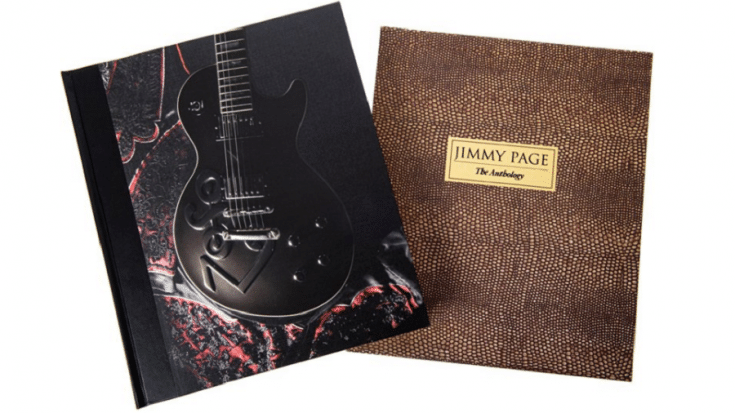 Something New from Page

Following the success of Jimmy Page’s first book back in 2014 Jimmy Page by Jimmy Page, he’s set out to release his next project – the limited edition, 384-page Jimmy Page: The Anthology on December. Taking materials from his personal archives, this documents his musical career and is narrated in Page’s own words. It will also include photos spanning six decades.

The legendary Led Zeppelin guitarist wrote in a news release:

“In this book, I wanted to include items from my personal archive that have played a part in my overall story, to give the detail behind the detail.”

The book will feature his collection of guitars, stage costumes, rare posters and vinyl pressings, diary entries, correspondence, and as mentioned earlier, unseen photographs. We get to see the stories behind every piece and how they shaped his career. Some of these artifacts include his iconic ‘Dragon’ Telecaster and ‘Number One’ Gibson Les Paul. The Anthology Book follows Page’s journey – from falling in love with blues to playing alongside childhood friend Jeff Beck, performing with a Skiffle band on TV, landing a gig with The Yardbirds, and forming Led Zeppelin.

Only 2,500 copies of The Anthology will be up for grabs and each of them is signed by Page himself. You can pre-order now.