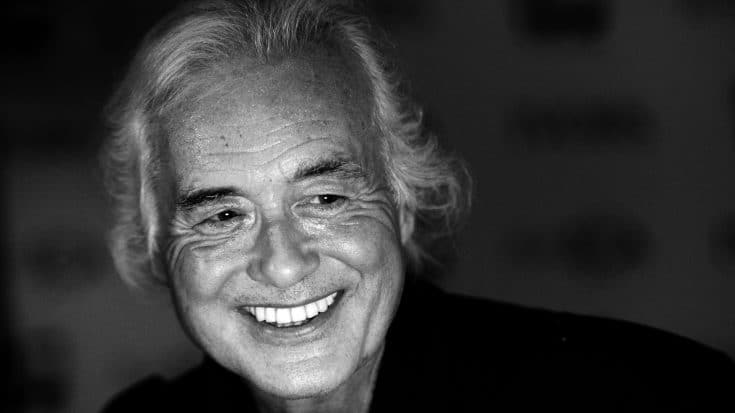 LONDON, ENGLAND - MAY 22: (EDITORS NOTE: Image has been converted to black and white.) Jimmy Page poses in the winners room at The Ivor Novello Awards at The Grosvenor House Hotel on May 21, 2014 in London, England. (Photo by Dave J Hogan/Getty Images)

The Film Received A Standing Ovation

The only surviving member to attend the premiere of the first official Led Zeppelin documentary was guitarist Jimmy Page. He showed up at the Venice Film Festival in Italy to watch the initial screening of “Becoming Led Zeppelin”. He previously said that they have received multiple film pitches over the years but that none of them felt right. “Becoming Led Zeppelin” was directed by Bernard MacMahon and produced by Allison McGourty.

It took a while but it was obviously worth it. And Page took to social media to talk about it.

“I recently returned from the Venice Film Festival where the world premiere of “Becoming Led Zeppelin” was unveiled,” he wrote on Facebook. “There was a 10 minute standing ovation before a word was said. The audience bestowed such affection before the viewing it was quite overwhelming.”

“As the film progressed the enthusiasm intensified and certain sequences were followed by applause,” he continued. “The audience were really connected and it was interesting to witness the communication and enthusiasm the event and the film were generating. After the closing credits, the audience rose to their feet and gave us another standing ovation, a thank you that I can’t convey in words, but boy did I feel it.”

“It was so energising to feel the love, joy and anticipation from the public,” he added. “The film had clearly touched the hearts of both audience and critics alike.”

They are yet to announce the official release of the film.