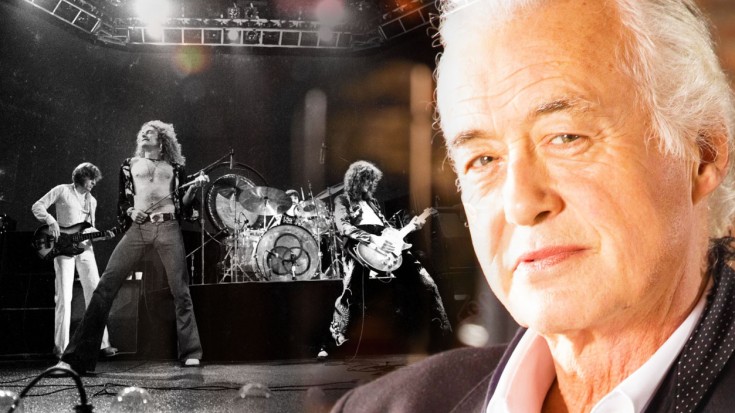 When drummer John Bonham died suddenly in 1980 at the age of 32, his fellow bandmates in Led Zeppelin were faced with a difficult decision: do they continue on with someone else behind the kit, knowing he’d just be a shadow of the drummer before him, or do they call it quits? According to legend Jimmy Page, the band’s decision to go with the latter was “the right one”, and one that he hopes the band would have made had it been him that died young instead of John.

As a result of Led Zeppelin’s decision to break up nearly 40 years ago, we won’t be seeing another Zeppelin reunion any time soon, despite the glimmer of hope that was the band’s brief “Celebration Day” reunion in 2007.

Page explains, “I can’t foresee doing it again,” before going on to say, “Led Zeppelin was a creative force that you can’t just snap your fingers and create. It was a blend of four master musicians and each of us were important to the sum total of what the band was.”

Much like a breakup, a reunion has to be for the right reasons. For a band as legendary as Led Zeppelin, it can’t be purely financially motivated or motivated by what the fans want – it has to come from an honest place within the band. While we’re admittedly disappointed that we most likely won’t see Led Zeppelin reunite again in our lifetime, it’s a decision we’re sure Led Zeppelin fans respect immensely!