Jimmy Page Breaks Down “Ramble On” – Grab Your Guitars, You Don’t Want To Miss This! 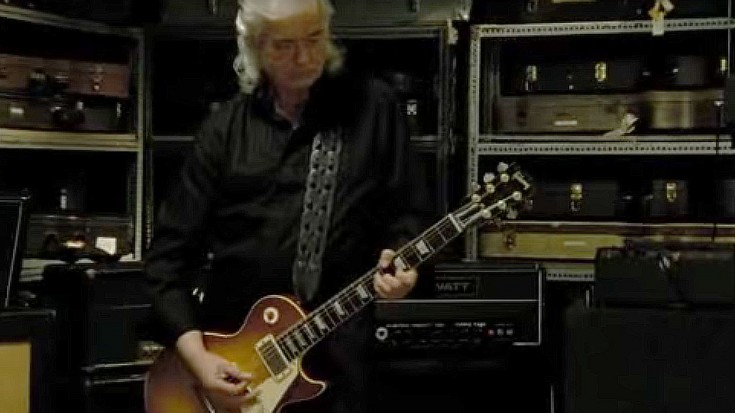 Davis Guggenheim’s 2008 film It Might Get Loud provided rock and roll die hards with a once in a lifetime chance to go behind the curtain and see Led Zeppelin’s Jimmy Page as they’d never seen him before: totally open and actually revealing the secrets behind some of his most iconic work. It’s one thing to hear your idols playing your favorite song, but it’s another thing entirely to have them actually explain to you how it’s done – and that’s exactly what Jimmy does with Led Zeppelin’s “Ramble On”!

With the addition of White Stripes frontman Jack White who, like Page, was deeply influenced by the blues and U2’s The Edge who touts Page for his innovation and technique, It Might Get Loud shows how Jimmy Page’s influence on two generations, linking them together as one byproduct of his massive legacy.

Jimmy goes into all of the little nuances of “Ramble On” that get missed in the crush of Robert Plant’s vocals and the thundering rhythm section made up of John Paul Jones and John Bonham in the song’s final mix; the surprisingly light touch that makes up the song’s intro and the moments where Jimmy knows when to let the silence speak and when to press on. Whether you’re a guitar geek like us or just a casual fan, this is one you definitely don’t want to miss – besides, who doesn’t want to learn a trick or two from the master himself?