Jimmy Kimmel Puts A Mustache On The Actor Who Will Play Freddie Mercury, And The Resemblance Is Uncanny! 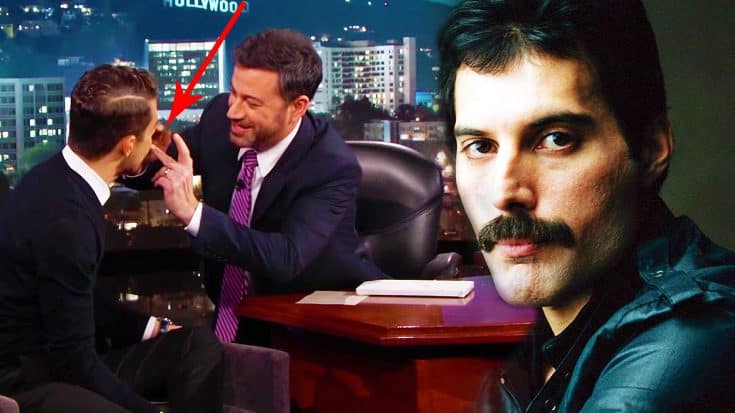 They picked the perfect actor!

Queen fans are anxiously awaiting the release of the highly anticipated Freddie Mercury biopic, which after many delays and obstacles will finally be released next year! One of the main obstacles the film ran into, was who would star the late Queen frontman. Sacha Baron Cohen was originally cast, but dropped out after he and Brian May butted heads on how Mercury should be portrayed in the film.

After months of searching, actor Rami Malek was finally cast to play the frontman, and recently, paid a visit to Jimmy Kimmel’s talk show! Malek discussed the film, and answered some major questions about the film.

During the interview, Jimmy decided to put a Freddie Mercury-like mustache on Malek to see if he looked the part. Kimmel put the mustache on Malek, and he looked pretty spot on to the rock n’ roll legend! We can’t wait to see what he looks like in full costume!

Check out the clip down below, and let us know what you think! Does he look identical to you, or what?