Jimmy Fallon’s Perfect Impression Of Bob Dylan Will Make You Do A Double Take! 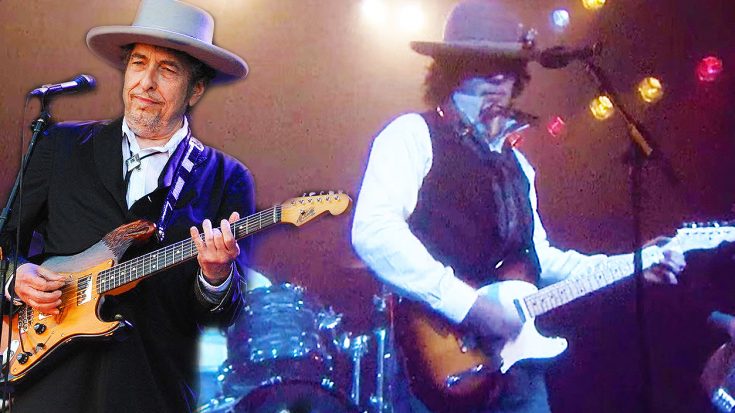 Runnin’ Through The 60’s With My Woes, Woop!

You’ve seen him do it before, now he’s back at it again. Jimmy Fallon has once again pulled off a perfect impression of a musician, and this time, it’s so accurate its scarier than a clown. This particular impression might also put Fallon up there as one of the best impersonators of all time!

Fallon took to the stage dressed as Bob Dylan, and did an unbelievable act where he took rapper Drake’s popular hit “Hotline Bling,” and reworked it into a Bob Dylan-esque song. Not only that, he had his entire backing band dress up like Dylan’s band, and even had an effect on the camera to make it look like the footage was vintage! The impression is so accurate, that we’re pretty sure there might be some conspiracy that it might actually be Bob Dylan on the stage, and not Fallon!

Although the song choice may not be ideal, it sounds hilarious stylized the way Jimmy re-worked it. If you’re a fan of Bob Dylan, you’ll definitely get a kick out of this! We’ll definitely keep an eye out, and share any other musical impression Jimmy Fallon does, because they’re incredibly awesome!

Enjoy the video for yourself down below, and let us know what you think!