Jimmy Fallon And Paul Rudd’s Recreation Of This Styx Music Video Is Beyond Hilarious! 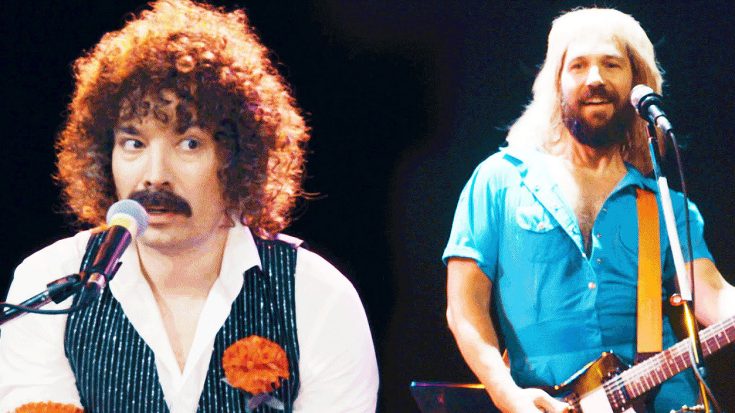 They have way too much time on their hands!

Jimmy Fallon is one of the best late night hosts on television. In the past he has become a master of impersonating some of the most historic musicians in history like Jim Morrison, Neil Young, Bruce Springsteen and Tom Petty. His impersonations are spot on, and he goes all out in trying to recreate the best possible image of the musician as possible!

When Paul Rudd visited Fallon’s show back in April, the two decided to get into some shenanigans and recreate Styx’s iconic music video for “Too Much Time On My Hands” shot by shot!

Fun Fact:Guitarist Tommy Shaw wrote this song. He says that the song came into his head when he was driving to the recording studio, and when he arrived, he quickly had the band record what was in his head so he wouldn’t lose it. He found himself calling out chord changes as they played, which laid the groundwork for the track.

Rudd and Fallon’s costumes are beyond perfect, the editing is spot on, even their facial expressions match up the original video like a mirror! Jimmy Fallon is one of the best talents, and we really hope the members of Styx saw this and were just as amazed and amused by it as we were!

Check out the video for yourself down below! We also recommend watching the original, so you can see how accurate this reenactment is!