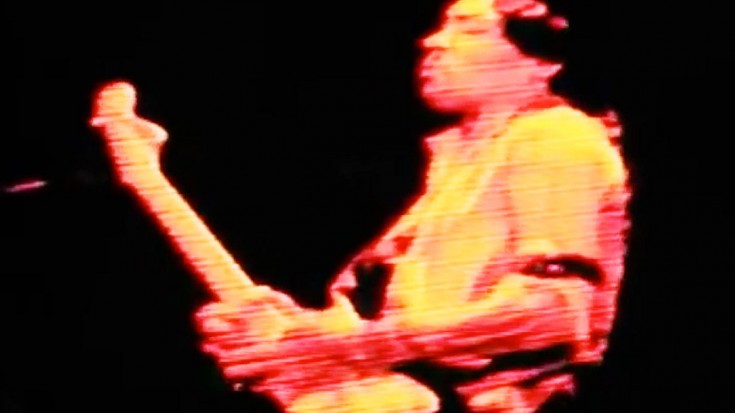 Performing with the Band of Gypsys live at the Fillmore in ’69, Jimi Hendrix displays his iconic talent yet again with one of the craziest solos in rock history. Playing “Machine Gun,” Jimi somehow morphs his axe into the very thing the song represents as he makes it sing and scream to the pitches and tones like that of a haunting machine gun in battle.

Interesting Quote: “The premiere example of his unparalleled genius as a rock guitarist … In this performance, Jimi transcended the medium of rock music, and set an entirely new standard for the potential of electric guitar.” – Andy Adelort, Guitar World Magazine Senior Editor

As the band only assembled just four times, including at the Fillmore East on New Years Eve in 1969, this particular performance has gone down as one of the best in not only his personal career (which is saying a lot) but in the history of guitar players since the instrument was invented. The lengths at which Jimi went to prove his masterful, powerful skills could only be seen on the look of his face as you could barely catch a sight of the rock star’s fingers.

Understanding now that Hendrix could not read or understand a lick of music and watching how he was able to manipulate and pioneer the tool through pure soul and innate ability seriously has our minds blow from now until the end of time.