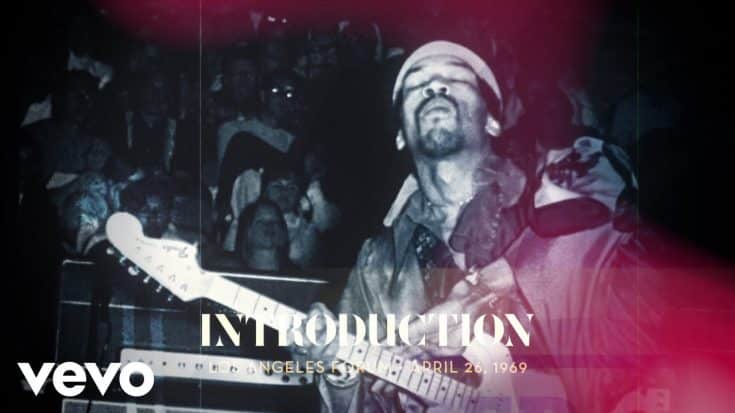 Last November 18, the whole concert video has finally made available for streaming. The whole recorded live performance saw the original lineup of Hendrix, drummer Mitch Mitchell, and bassist Noel Redding and hasn’t been released until now.

The track “Tax Free” opened the show together with an obscure 1967 instrumental by Swedish duo Hansson & Karlsson. Afterward, the band started to play familiar tunes such as “Foxey Lady,” “Purple Haze” and “Red House.” They also did an early reimagining of “The Star Spangled Banner” and added a unique medley of “Voodoo Child (Slight Return)” and Cream’s “Sunshine of Your Love.”

Wally Heider and Bill Halverson recorded the 1969 concert contemporaneously. It was then remixed by longtime Hendrix producer/engineer, Eddie Kramer, recently to achieve maximum audio fidelity. It was produced by Kramer, Janie Hendrix, CEO of Experience Hendrix, L.L.C. and the sister of Jimi Hendrix, and John McDermott, who manages the Hendrix music catalog on behalf of Experience Hendrix.

Randy Lewis, the former LA Times staff writer/critic made the package’s liner notes and a preface was added by ZZ Top’s Billy Gibbons who attended the Hendrix Forum show too, and who even toured with the Experience as part of the Moving Sidewalks, his band prior joining ZZ Top. Gibbons states in the liner notes:

“After the performance, Jimi came by and said, ‘Hey man, how did we do?’

“How do you respond to that since there’s no basis for comparison as it was such a singular performance? All I could manage was, ‘I’m floored, I’m fixed’ and left it at that. Still am.”