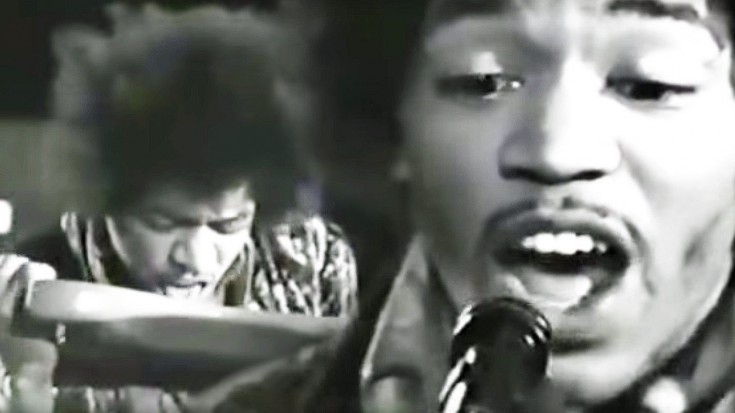 The greatest guitar player to ever walk this earth wow’d and floored us countless times. However, this Jimi Hendrix solo stands out as one of his greatest. In this rare performance of “Hey Joe” Jimi pulls off a near impossible solo in the most insane way possible. When it comes time for the first solo, Hendrix lifts his guitar to his face, and begins playing with his teeth and tongue! Later on in the song, Jimi decides it would be only appropriate if he tried to top that feat in his second solo. When the second solo rolls around, he lifts the guitar over his shoulders, and plays the guitar behind that giant afro of his!

The performance truly ranks as one of the best Jimi has ever done. Not only is Hendrix killing it, but bassist Noel Redding and drummer Mitch Mitchell are slaying as well! One thing we are confused about, however, is the crowd’s reaction. The vibe from the audience is very stoic and bland. Maybe they are just starstruck, and frozen in awe of the master showcasing his expertise of his craft right in front of their own eyes?

Check out the incredible performance down below, and let us know what you think! Is this Jimi’s best performance? If not, what is?