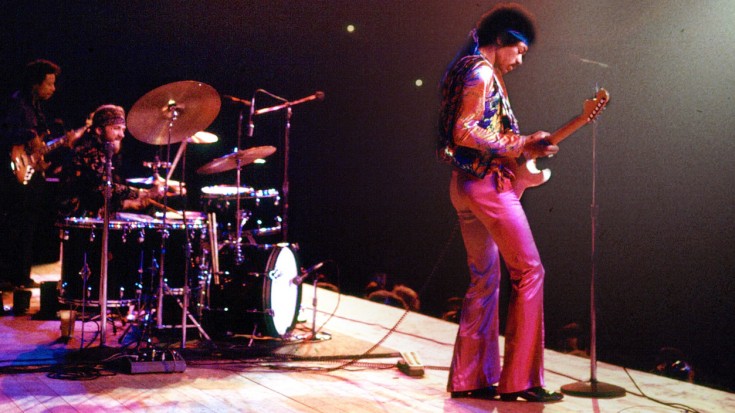 Between 1966 and 1970, Jimi Hendrix played over 600 shows, most of them festivals he headlined with his band The Jimi Hendrix Experience; however, it’s his final show on September 6, 1970 that went down in history as his most turbulent and most career defining. When he took the stage that afternoon, Jimi was met with booing instead of applause, presumably due to his set being pushed back an entire day due to the previous day’s extreme weather and the crowd turned violent both during and after Jimi’s set.

As a testament to his ability to constantly make the best of a bad situation, he shrugged it off, determined to have a great time and told the crowd that he “didn’t care if they booed him”, just as long as they “booed on key” before launching into a blistering 14 song set that would eventually become known as the most bootlegged of his entire career.

Fun Fact: Jimi initially had a bad case of stage fright. He said he used to play behind the curtains, and that other guitarists were much better than him.

The footage from that day in Fehmarn is extremely rare and hard to find – in fact, the performance wasn’t even supposed to be recorded. While it admittedly wasn’t one of Jimi’s better days onstage, it’s incredibly fortunate that someone thought to commit the chaos of that day to memory for those who aren’t able to say that they saw Jimi Hendrix perform for the final time.