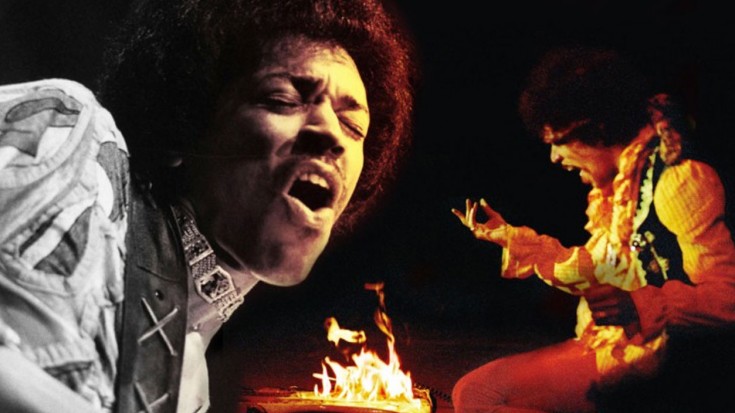 ‘Fire’ is played just like it sounds – hot, fast, and unpredictable. It’s the quintessential classic rock song, covered by countless artists and bands who admire Jimi Hendrix but never matched his intensity and passion for his craft.

We love the way Jimi played ‘Fire’ differently each time. Whether it was changing the lyrics – he’d usually forget them before the song, anyway – or increasing the tempo to a frenetic pace, the song is just as predictably unpredictable as Jimi.

This amazing live audio is from his 1969 concert in San Diego and it sounds like the show was legendary! We envy the lucky San Diegans who got to see this performed live!

Featured on Are You Experienced, ‘Fire’ was the song Jimi was playing when he first set his guitar on fire in 1967! Despite burned hands and a hospital stay, Jimi and his flaming guitar became an icon of the ’60s.

Clearly, burned hands didn’t slow Jimi down – the crowd fell in love with his theatrics and with him. We don’t blame them!

You don’t care for me
I don’-a care about that
Gotta new fool, ha!
I like it like that

Listen here, baby
and stop acting so crazy
You say your mum ain’t home,
it ain’t my concern,
Just play with me and you won’t get burned

You try to gimme your money
you better save it, babe
Save it for your rainy day