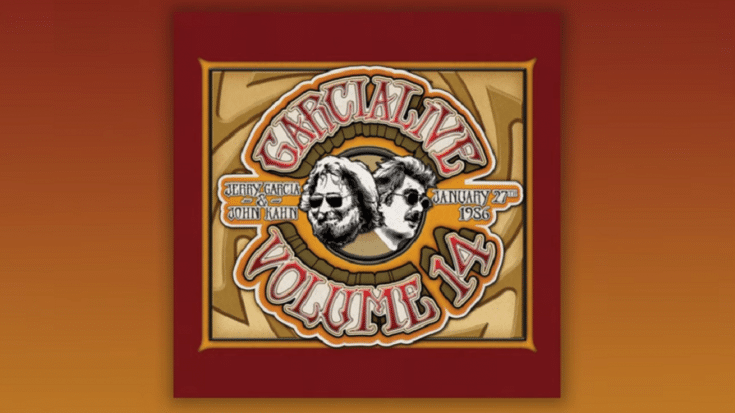 Jerry Garcia and bassist John Kahn’s stripped-down version of Bob Dylan’s “When I Paint My Masterpiece” has just been released. It’s the latest preview from GarciaLive Volume 14: January 27th, 1986 the Ritz, out July 24 in digital formats and on CD.

Bob Dylan wrote the track in 1971 and first released by The Band on September 15 that year for their fourth studio album “Cahoots”. For Dylan’s own rendition, he recorded it at New York’s Blue Rock Studio and included on Bob Dylan’s Greatest Hits Vol. II. Another take, with slightly different lyrics, appeared on The Bootleg Series Vol. 10: Another Self Portrait (1969–1971).

Garcia began playing “When I Paint My Masterpiece” as early as 1972 and during his acoustic duo tour with Kahn in 1986, it became a staple on their live setlist. In 1987, the Grateful Dead often performed it alongside other tracks from Dylan.

The GarciaLive Volume 14: January 27th, 1986 the Ritz features a mix of Dead classics, traditional folk gems, and another Dylan song aside from “When I Paint My Masterpiece” titled “Simple Twist of Fate.” It’s already available for pre-order. The vinyl version is limited to only 5,000 copies and will be released on August 14.