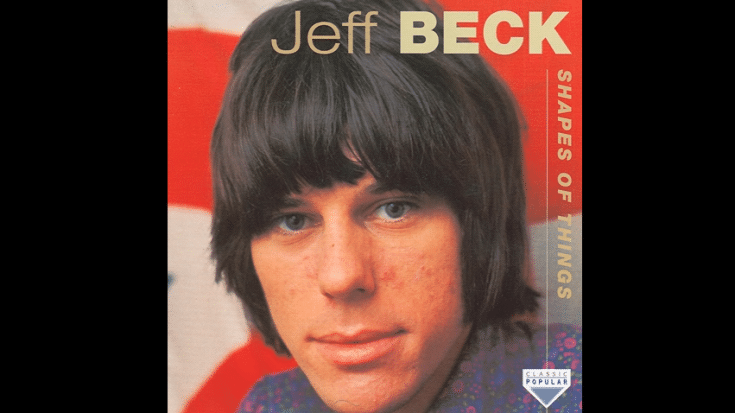 Jeff Beck emerged from the 1960s as one of the greatest and most influential guitar players of all time. In the company of other guitar legends, he could hold his own and stand out among his peers. His axeslinging skills are unparalleled as evidenced by the sheer virtuosity he displayed in the following songs.

Let’s take a look at some of his most memorable riffs.

Talk about groovy! Originally by The Beatles, Jeff Beck upped the ante with his searing guitar work.

Beck made his mark in rock starting with his time with The Yardbirds. A prototype of heavy metal, the band broke new sonic grounds with dual lead guitars by Beck and Jimmy Page. It’s one of the few songs they played together.

A rock ‘n roll standard, Beck took it up a notch with a scorching solo.

Beck’s virtuosity is in full display here. He made his guitar sing.

He killed it on this jazz instrumental – subtle and beautiful.

5. Heart Full of Soul (The Yardbirds)

One of The Yardbirds’ most popular songs, Beck recalled: “They got this little Indian man [to play sitar], but he couldn’t play 4/4 time. It was totally magical what he was doing, but it just didn’t have any groove to it. And I showed him on guitar what I thought would be a good idea, which was that octave with the D string and the octave above, making this riff type thing. And they said, ‘That sounds great. Let’s just leave that.’ And we sent the little Indian man on his way.”

Aside from the great riff, Beck also tore through a solo. He recalled, “I kept changing guitar sounds all the way through. So we did two or three takes of my guitars and blended them all together. But the solo on “Shapes of Things” was pretty honest up until that feedback note that comes in over it.”

Beck reworked this Howlin’ Wolf original and his version is so glorious that he made it to Rolling Stone magazine’s “100 Greatest Guitar Songs of All Time”.

2. Cause We’ve Ended as Lovers

This moody ballad was composed by Stevie Wonder. It’s one of Beck’s finest guitar moments.

Beck puts on a masterclass with his tour-de-force instrumental. And during recording, he had an all-star lineup – Jimmy Page, John Paul Jones, Keith Moon and Nicky Hopkins.