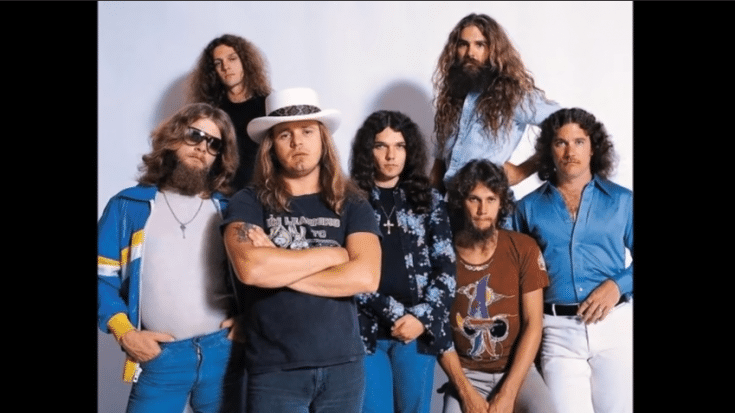 Lynyrd Skynyrd is one of those bands who needs no introduction. Long past their heyday, they have remained household names and their songs are still staples in classic rock radio stations. Thanks to their signature three-guitar attack, they became forerunners of Southern rock. Here are their ten songs with the most unforgettable riffs.

Catchy and addicting, that bluesy main riff is everything. The twin guitar attack from Gary Rossington and Allen Collins plus that searing solo made this track a standout in their catalog.

Inspired by a true story of Lynyrd Skynyrd drinking at their hotel bar when suddenly, one of their roadies got into a fight. They were kicked out and so they went into another room and ordered champagne instead. Thanks to Rossington’s hook-filled riffs, it eventually became a classic.

Lynyrd Skynyrd slowed things down with this well-loved track from their debut album. According to Rossington, “We’ve always liked doing the pretty songs. I mean, we grew up on the Beatles.”

7. Call Me the Breeze

Originally recorded by Oklahoma guitarist J.J. Cale, it was Rossington’s riff that gave the song a different flavor. He explained, “It didn’t work for us the way he did it—a real straight shuffle. If we had changed the lyrics, it would have been a completely different song. We did the same thing to Merle Haggard’s ‘Honky Tonk Night Time Man.’”

A song about gun control, it has been featured in a lot of films. It’s a kickass tune with a scorching and glorious guitar solo.

It’s about a real-life experience of frontman Ronnie Van Zant. Using a fake ID to get into a bar because he was just 18 at the time, he was dancing with a girl when her boyfriend came at him. “Gimme Three Steps” kicks off with a memorable riff.

With its fat riffs and a face-melting solo halfway through, Van Zant revealed: “I had a creepy feeling things were going against us, so I thought I’d write a morbid song.”

One of their signature songs, the highlight is perhaps Rossington’s powerful solo. Johnny Van Zant said, “Well that’s a great song and something that I think we all live by. I think anybody out there needs to respect their mother, and the words of their mother. It’s mama talking to you in that song and I think it’s probably one of my favorite’s if not my favorite to do live. It’s just a great song and that one stays in the set and the crowd always goes crazy on that one.”

Their longest track, they often played it as a finale to their live performances. Dedicated to one of the greatest guitar players of all time, Duane Allman, it took them a while to complete the song. It started out as a ballad before they added the guitar solos. Rossington recalled how “Free Bird” got longer, “When we started playing it in clubs, it was just the slow part. Ronnie said, ‘Why don’t you do something at the end of that so I can take a break for a few minutes.’ I came up with those three chords at the end and Allen and I traded solos and Ronnie kept telling us to make it longer; we were playing three or four sets a night, and he was looking to fill it up and get a break.”

Featuring their greatest guitar riff, Ed King said: “Gary had been playing his riff for 15 minutes when I walked in and threw mine in to bounce off of what Gary was doing. That was what you know as the ‘Sweet Home’ riff, and when Ronnie heard it, he locked in and wrote the words.”