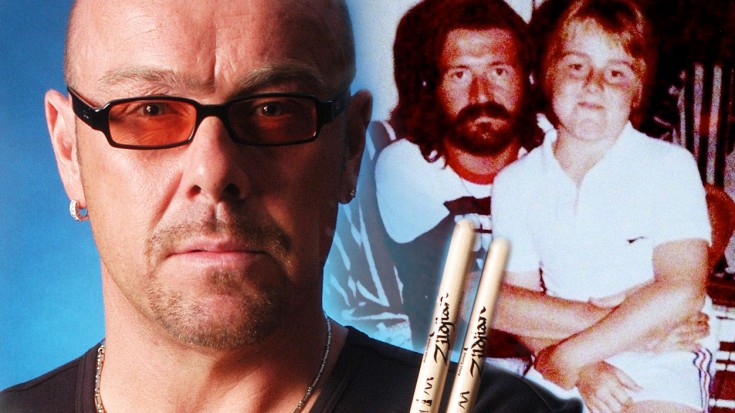 Jason Bonham is the only son of late Led Zeppelin drummer John Bonham, and to answer your question, yes: he is every bit as talented as his dad! At only 14 when John died, Jason decided to follow in his father’s footsteps and became a successful musician in his own right, even playing drums with the surviving members of Led Zeppelin! The greatest moment of Jason’s career by far, however, was the stunning drum tribute he paid to John in 2001 at Guitar Center’s 21st Annual Drum-Off.

Flanked by monitors playing footage of his dad jamming, it’s eerie watching Jason; he shares a lot of John’s mannerisms and idiosyncracies when he plays the drums, and you’re suddenly made painfully aware of the talent in the Bonham bloodline.

This is a tribute that’ll make you smile! John Bonham was one of the, if not the, best drummers to walk the earth and to see his son proudly carrying on his dad’s legacy and channeling that into a successful music career somehow softens the blow of John’s loss.