Janis Joplin’s “Down On Me”: So Good, Not Even SHE Can Stand Still! 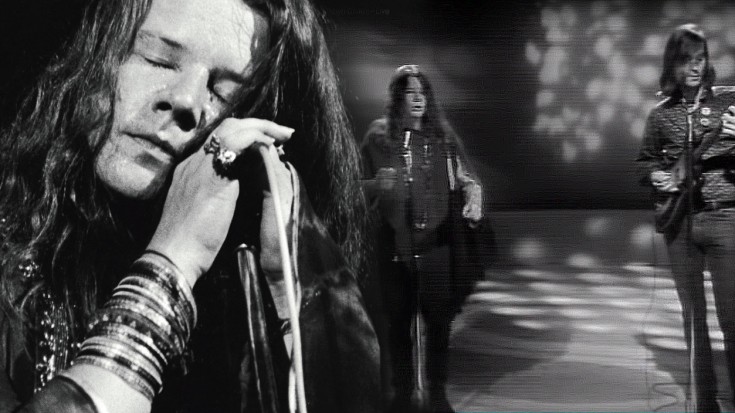 “Help Each Other Honey, If You Can!”

Featured on Big Brother and the Holding Company’s 1967 debut album, ‘Down On Me’ was Janis Joplin’s big studio debut and the first time the world got to see what this tiny woman from Port Arthur, Texas was capable of. A lifelong fan of the blues, Joplin took the 1920’s spiritual and gave it a facelift with her gritty brand of soul mixed with a little rock and roll for good measure. While the song narrowly missed the Top 40 mark that summer, ‘Down On Me’ was a concert staple for Big Brother and the Holding Company, who delivered a more aggressive performance of the song when in front of a crowd.

Fun Fact: Janis rearranged the song and created new lyrics, with a more positive ending begging humanity to help each other instead of stepping on each other.

This performance features Janis with Big Brother and the Holding Company doing just that – delivering an aggressive live performance of ‘Down On Me’ live shortly after the song’s debut. The performance itself is a little more subdued than we’re used to seeing, especially from Janis; but in true Janis fashion, she’s having a hard time containing her passion and energy and while she’s trying her best to stand still, it’s near impossible!

I don’t want to hear a wrong chord all night long.
Yes.

One of these mornings be proud and fair,
Put on my wings and then I’ll try the air
Since it looks like everybody in this whole round world,
Hey, down on me, yeah, ha ha.

Baby, down on me, oh, down on me, all right,
It looks like everybody I said in this whole round world, aaah!
Down on me.
Oh yeah yeah!

All right, all right,
Believe in your brother, faith in man,
Help each other, honey, if you can
Because it looks like everybody in this whole round world,
Everywhere I go! Is down on me, oh yeah.

Down on me, hey, down on me, all right,
It looks like everybody in this whole round world
Down on me, yeah hey!