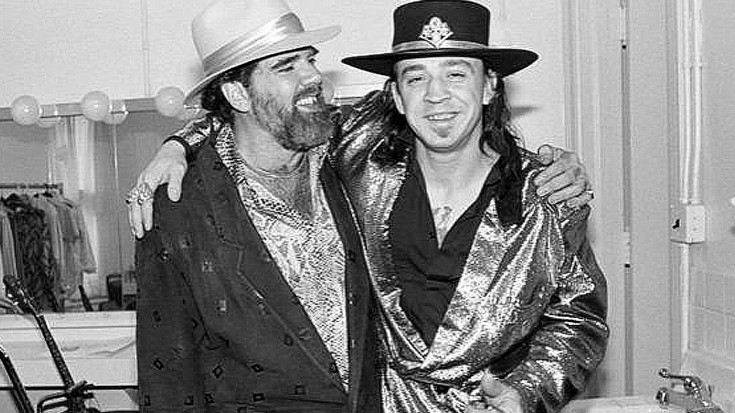 Guitar legend Lonnie Mack passed away from natural causes last night at the age of 74. Affectionately known by Stevie Ray Vaughan as ‘The baddest guitar player around,’ Mack’s legacy extends far beyond his vast musical career and extends into the way he revolutionized rock and roll music. Thank you and rest in peace, Lonnie – we never could have done it without you!

In 1986, Stevie Ray Vaughan took the stage with his friend and personal hero Lonnie Mack at Memphis, Tennessee’s Orpheum Theater; while Stevie was the king of the blues world as far as guitar players went, Lonnie Mack revolutionized the way the electric guitar was used in music, transforming it into the lead voice of rock music. Fitting, then, that these two legends should take the stage together, for what was both an adorable and incredibly fun rendition of Mack’s infamous ‘Oreo Cookie Blues’.

This was one of two songs the legends performed that night in Memphis, with the other being ‘Wham’.

Lonnie makes no secret about his love for Oreo cookies, and wrote this song lamenting his struggle; hiding cookies, sneaking downstairs at night to eat entire sleeves, the inevitable weight gain – Lonnie knows what’s up! The best part of the video is a giggling Stevie Ray Vaughan playing opposite Mack, trying his best not to laugh as his friend and hero tries to share his tragic and really, really adorable story.

Here’s to two great guitar legends – we know Heaven’s having one hell of a jam session tonight!