Janis Joplin’s Childhood Home Is On Sale – You Won’t BELIEVE For How Much! 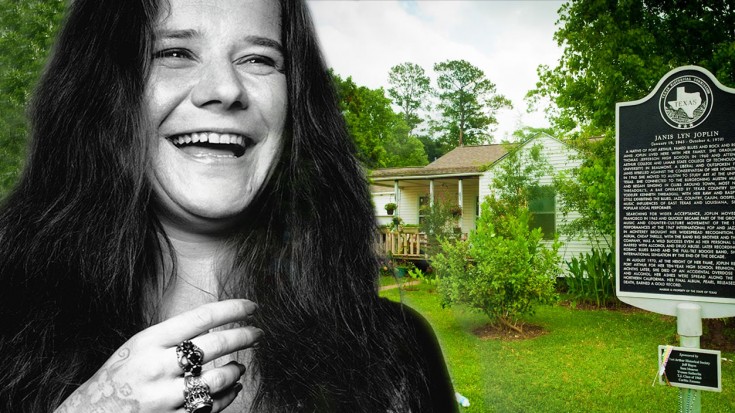 Janis Joplin may have taken her last breath in California, but long before she was the high queen of psychedelic soul, Janis cut her teeth in a modest 5-bedroom, 3-bathroom home in her native Port Arthur, Texas. Now, the home that built one of rock’s most iconic figures can be yours.

Located at 4330 32nd Street, Janis Joplin’s childhood home is selling for a whopping $500,000, despite being worth only $52,500 – due, no doubt, to the Texas Historical Commission marker outside confirming she lived at the residence. Rather than spending millions to turn the home into a museum dedicated to Janis’ life in Port Arthur, its private owner of 19 years has decided to put the home on the market in hopes that someone will love the home as much as Janis did.

If that’s not reason enough to break out your checkbooks, Janis fans looking to purchase the home can also look forward to a special “hello” from the songstress herself; on the floor of the garage, which has been converted into an apartment, “Janis” is carved into the ground next to her sister’s name, “Laura”.

We know she hated Port Arthur, but come on – how can a place that gave the world someone so beautiful and brilliant be that bad?