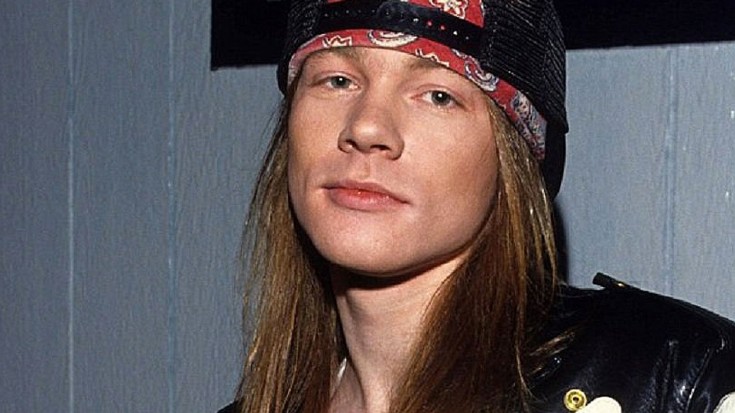 Love him or hate him, you can’t deny that Axl Rose has been on his best behavior lately. Showing up on time for rehearsals, showing basic respect for his bandmates and their fans, taking the time to get into vocal and physical shape for the busiest year of his life – it’s pretty clear that the rock and roll bad boy formerly known as Axl is committed to taking his opportunity at a second shot with both Guns N’ Roses and AC/DC seriously, leaving fans wondering exactly what inspired Axl to do a complete overhaul on his bad behavior.

We found out the answer earlier this week, and the answer is just as we suspected: Angus Young.

In a nearly hour long Q&A session this week at the China Exchange in London, Rose revealed that the AC/DC guitarist and founder has been a major force in Axl’s evolution as a professional musician, making him want to show up every day and be the best he can be:

“It’s great. I can’t really explain it. I feel protective, I feel I do not want to let this guy down, more than almost anybody I’ve ever known. And I don’t know why.”

For someone like Axl who’s used to doing things on their terms, it’s humbling to work with a legend of Angus Young’s caliber. While Angus is a great guy and an even greater musician, he’s also strictly no nonsense when it comes to all things AC/DC – you show up, respect your bandmates and give it everything you’ve got, or…wait, what’s that saying about doors hitting you on the way out?

With only two weeks to go until Guns N’ Roses hit the road on their highly anticipated Not In This Lifetime Tour, we’re excited to see a grown up Axl exercise the same dedication and discipline with his own band as he has with AC/DC. This is the real test, and we’re sure that with mentor Angus watching, Axl will pass with flying colors.