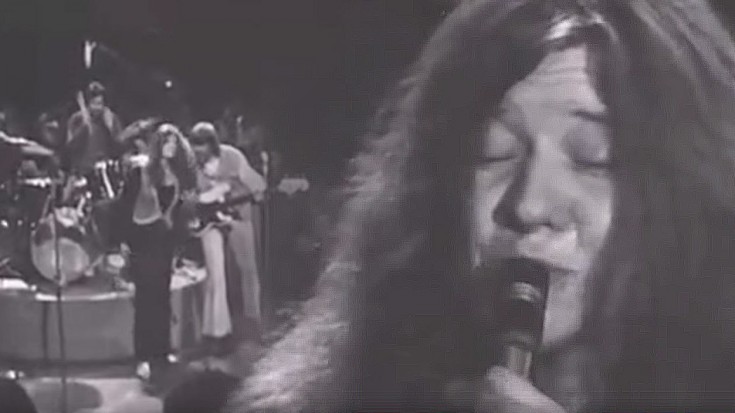 “Summertime, And The Living’s Easy…”

I don’t know what it was about Janis Joplin, but there’s something about her 1969 performance of ‘Summertime’ that makes her seem so much older and wiser than her then 26-years. Performing with Big Brother and the Holding Company, Joplin was a force to be reckoned with onstage, but never so much as when she tackled this George Gershwin classic; while hers is only one of 25,000 covers, its hers that manages to somehow eclipse that of even Billie Holiday with its balmy, swampy feel.

Fun Fact: ‘Summertime’ is an aria composed in 1934 by George Gershwin for the 1935 opera Porgy and Bess. It’s been said that Janis sings it with “the authority of a very old spirit.”

What I love about this performance is that it’s pretty bare bones, as was the norm for Janis – filmed in black and white, it’s one of the rare performances of ‘Summertime’ that exists on film, and featuring only Janis and her band, the close ups of Janis make it virtually impossible to not be taken in by that powerhouse voice or the promise that it holds!