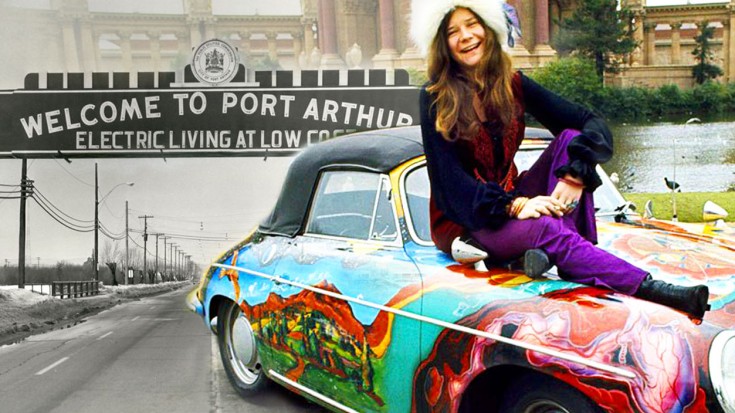 An Ode to Port Arthur, Texas

It’s no secret that Janis Joplin hated her hometown of Port Arthur, Texas. She had a great childhood, but for someone as eccentric and original as Janis, a place like Port Arthur can stifle you. She left home at 17 for San Francisco and never looked back.

She did, however, write an ode to her hometown entitled ‘Ego Rock’!

Janis made no bones about her dislike for Port Arthur in ‘Ego Rock’, calling it “the worst place that I’ve ever found”.

‘Ego Rock’ is a bluesy tune recorded with Big Brother and the Holding Company shortly after Janis’ move to San Francisco. In it, Janis laments her struggle to be understood and accepted growing up.

Not surprisingly, in ‘Ego Rock’ she also talks about how the second she had the chance, she ran away and never went back.

Janis left home at 17 and returned only twice – once for a family visit, and again for her high school reunion shortly before her death.

For a town she hated so much, Port Arthur sure shaped Janis Joplin into a wonderful human being!