Jimi Hendrix – “All Along The Watchtower” (Isolated Guitar Track) 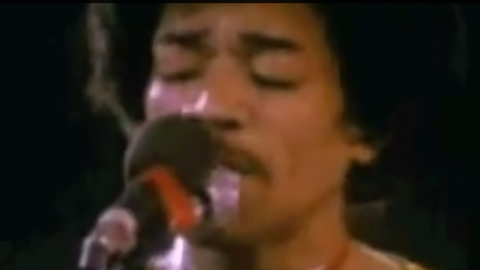 This Will Give You Chills

“All Along the Watchtower” tower was written by Bob Dylan in 1967 and is one of his biggest hits ever. It has then been covered by numerous artists throughout the years including none other than Jimi Hendrix.

Some might argue (we do) that this is the very BEST version of this song! In fact it is a favorite of a lot of Jimi Hendrix fans. Some people say that the song reflects some verses from the Bible including the book of Isaiah.

One interesting fact about “All Along the Watchtower” is that the bass line was played by Jimi himself. There are actually a lot of little tweaks and added guitar parts within the song he suggested and added himself while in studio.

“It overwhelmed me, really. He had such talent, he could find things inside a song and vigorously develop them. He found things that other people wouldn’t think of finding in there. He probably improved upon it by the spaces he was using. I took license with the song from his version, actually, and continue to do it to this day.” – Bob Dylan on Jimi Hendrix’s Version