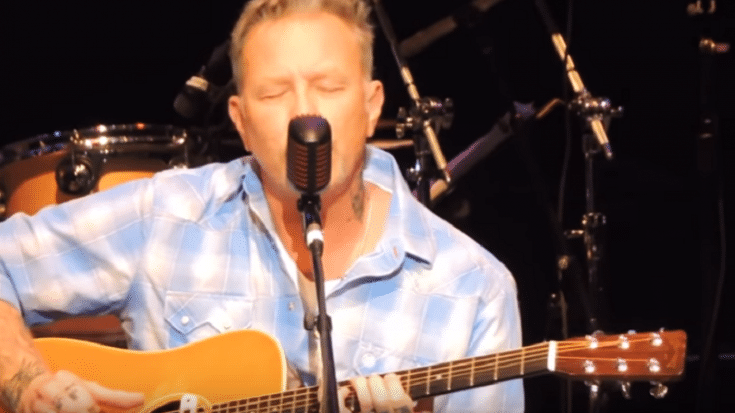 On February 20, Thursday, James Hetfield performed in public for the first time since his rehab stay last year. At a tribute to Eddie Money at the Saban in Beverly Hills, Hetfield played an acoustic rendition of Money’s “Baby Hold On.” The show featured Sammy Hagar, Rick Springfield, and George Thorogood among others, but Hetfield wasn’t in the announced list so his performance surprised the crowd.

Speaking about the time he met Money, Hetfield said: “He had the balls to go out and sing, I played guitar, he would go up there and sing the National Anthem. So when I met him before we went up there he kind of blew me off… I thought, ‘Who is this pompous ass?'”

Back in January, Hetfield appeared in public for the first time at the opening ceremony and Q&A session for his classic car collection exhibition at the Petersen Automotive Museum in Los Angeles.  And although Metallica has postponed their All Within My Hands benefit show on March 28 and moved it to September 12, they’re slated to perform at Estadio Nacional in Santiago, Chile on April 15.