James Hetfield Makes BIG Announcement for Metallica Fans – This Is What We’ve Been Waiting For! 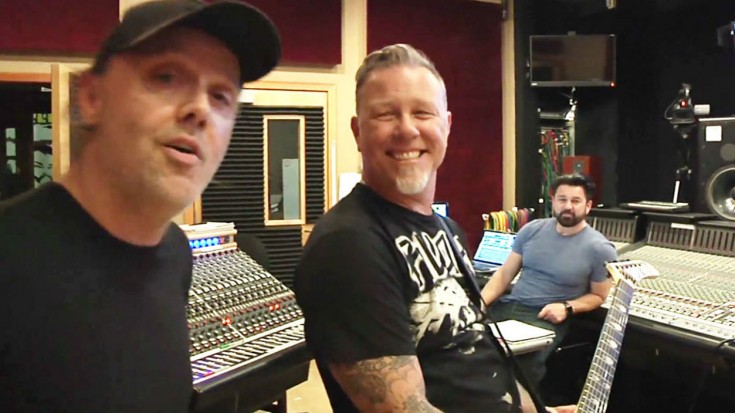 We’ve Been Asking For This For 10 Years!

Last week, at game four of the Stanley Cup Final between the San Jose Sharks and the Pittsburgh Penguins, James Hetfield announced that Metallica plans to have their 10th studio album out by this fall.

This was beginning to look like The Day That Never Comes –@Metallica have finished recording their new record…https://t.co/mNH5SR9bO0

When Is The Release Date? Well…

Hetfield told NBC Sports that they have finished up the recording phase and are now putting the final touches on the long-awaited album.

“We’re mixing it now, so hopefully by fall it’ll be out and hitting people’s ears, he said. “We’re super stoked about it. It’s been a long time coming, and, you know, this is what we do. We love playing. And the next album is exactly what it’s supposed to be. So we’re excited about it.”

While the album is still left unnamed, Lars Ulrich assured fans that the LP will deliver and will be out soon.

“If the record doesn’t come out this year then it won’t be because it’s not done,” Ulrich told Metal Forces. “It will be because there’s some sort of cosmic reason that it would be smarter to hold onto it until next year. But the record will be done this summer.”

This album will be the first album released by Metallica since 2008. Take a look at Hetfield’s full announcement in the video below.