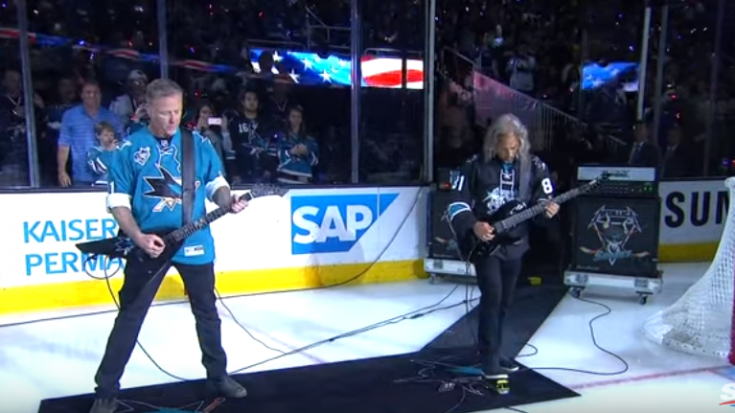 Before the start of the Stanley Cup Finals Game 4 between San Jose Sharks and Pittsburgh Penguins, James Hetfield and Lars Ulrich of Metallica performed “The Star-Spangled Banner”. Both of them showed support to their team by sporting Sharks jerseys and their amplifiers even had a Metallica/Sharks logo.

This isn’t the first time they were seen at a Sharks game though especially since they’re Bay residents and long-time fans. They used to take part during the customary door opening and have been spotted at other games.

.@Metallica waiting to open up the doors for the @SanJoseSharks #StanleyCup pic.twitter.com/rdaQN3M2A4 — NHL on NBC (@NHLonNBCSports) June 7, 2016

Oh and the guitars they used will be signed by the band members and given to the Sharks foundation. It will then be auctioned off and the proceeds will go to charity.